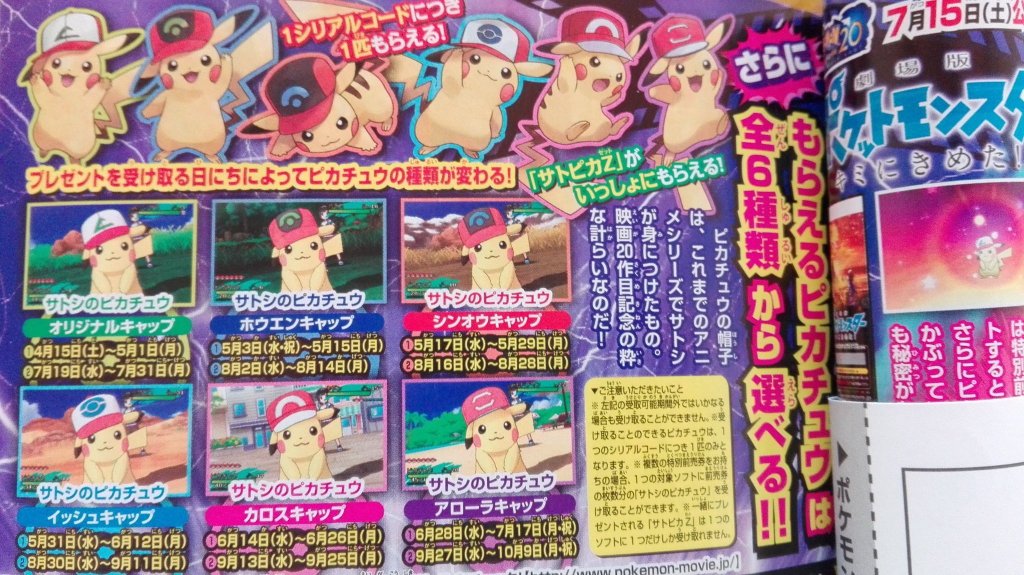 You have to pre-order a movie ticket

Japan is having a particularly insidious distribution event for Pokemon coming up, and it involves pre-ordering tickets for an upcoming film to get a special creature. That creature is an adorable Ash Pikachu, but there’s a massive catch involved.

By pre-ordering tickets during specific times, you’ll get certain colored hats with different abilities. The promotion runs from April 15 to October 9, with repeated dates in-between, so you’ll have a few chances to get the one you want. And you know some people are going to try to get them all.

You thought GameStop promotions were bad! But really, if/when it comes west, I hope it’s just a quick download from the main menu.