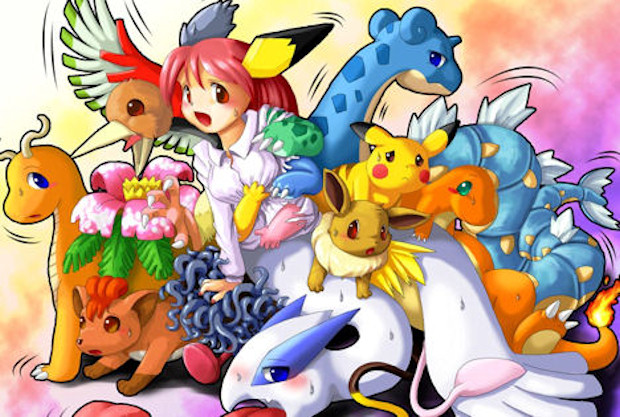 WiiWare has been hit or miss with its games, but the Wii’s downloadable service will soon be getting a high profile visit from one of the biggest franchises Nintendo has. Pokémon Rumble was announced by Nintendo today, a new game to be debuted at PAX.

Pokémon Rumble is a four-player co-op game where Pokémon team up to attack oncoming enemies that surround them. Playable versions of Mario & Luigi: Bowser’s Inside Story, The Legend of Zelda: Spirit Tracks, New Super Mario Bros. Wii and more will also be at the Penny Arcade Expo.

Hit the jump for the press release.

The upcoming Penny Arcade Expo in Seattle will give consumers their first-ever chance to play key upcoming Wii™ and Nintendo DS™ games like New Super Mario Bros.™ Wii, The Legend of Zelda™: Spirit Tracks and Mario & Luigi™: Bowser’s Inside Story. The recently launched Metroid™ Prime: Trilogy, Wii Sports Resort™ and Professor Layton and the Diabolical Box™ will also be on hand at the Nintendo booth (#352).

Additionally, Nintendo will debut a new WiiWare™ game at the booth: Pokémon Rumble. Pokémon Rumble lets you battle with Pokémon like never before. Up to four players at once can team up and unleash powerful attacks as enemies surround them in this action-packed game.

In addition to the playable games at the booth, Nintendo has invited artists to create one-of-a-kind animations using the Flipnote Studio™ application for the Nintendo DSi™ system. Throughout the Sept. 4-6 show, a professional artist will be on hand nearly every hour at a special area in the South Lobby (#S-3) to showcase the many ways that people can use Flipnote Studio to create original works of art.

Flipnote Studio is a Nintendo DSiWare™ application that is available for download at no cost. Nintendo DSi owners can download Flipnote Studio and draw a series of images that, when animated, resemble looking at pictures drawn on a notepad. Users can share their Flipnotes with others using the Nintendo DSi local wireless feature or through a broadband Internet connection. Flipnote Studio makes it easy for anyone to jump in and create animations, regardless of their artistic abilities.