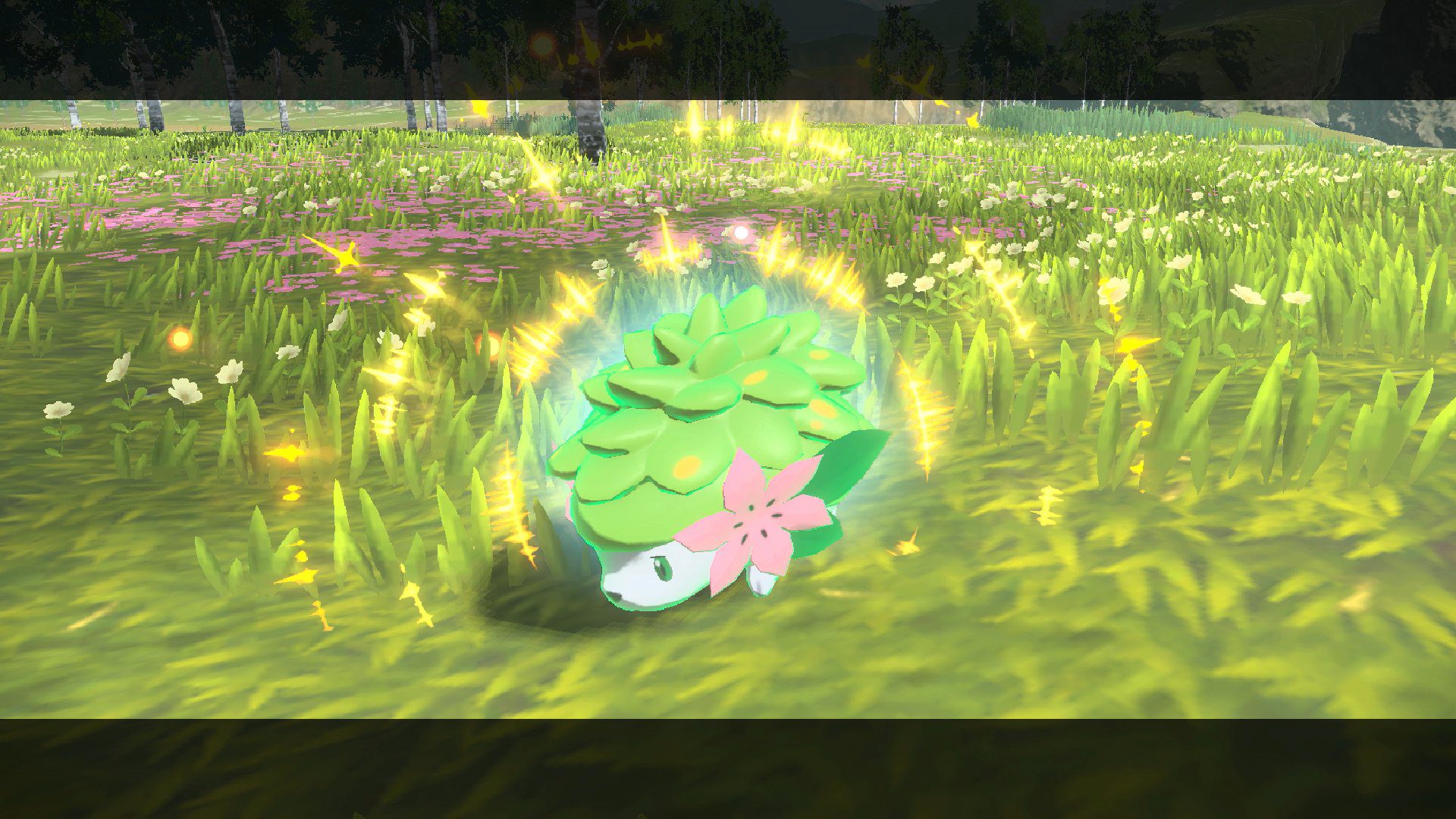 Hey Trainers, have play data from #PokemonSwordShield? If so, you’ll get a chance to catch the Mythical Pokémon Shaymin in #PokemonLegendsArceus!

Plus, you’ll be able to claim the Shaymin Kimono Set when the game releases on 1/28!https://t.co/wZqRl3zhBr pic.twitter.com/Wol6uZWoSQ

Alongside the Pokemon, there’s a cosmetic Shaymin Kimono Set available to claim too.

Pokemon Legends: Arceus is set to put a new spin on the world of Pokemon in January, with a little more action, exploration, and some terrifying wild Pokemon chases. Some of the new Pokemon in the region have also been shown off recently, like the Hisuian variant of Zorua and Zoroark.