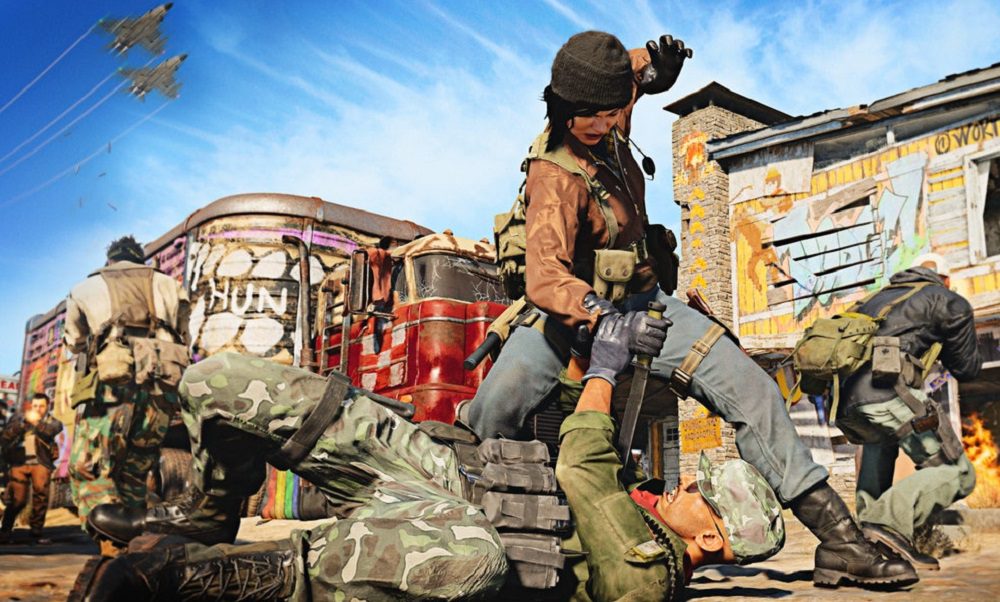 Sony PlayStation has reportedly acquired its patent on a potential feature that would allow players — or even stream spectators — to kick or “bench” in-game team members. Sony applied for patency in January, and while an initial proclamation had surfaced in July, the feature was finally granted its patency on Tuesday, October 19.

As reported by both VGC and OpAttack, the “Spectators Vote to Bench Players in a Video Game” feature would, as its cumbersome name suggests, offer up the ability for players and spectators to vote out in-game competitors, either permanently or on a time-limited basis. So, for example, if a game that supported the feature was being broadcast on Twitch, the audience could access a menu and vote to have a player kicked off the squad — even going as far as to send the targeted player “custom” messages warning them that they need to step up their performance to return to the game. 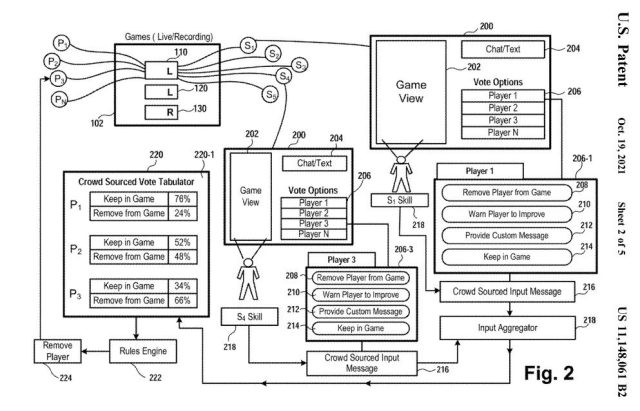 While the above description already outlines a thoroughly abusable gaming experience, the patent seemingly goes even further — offering up possibilities that include letting a spectator’s skill level award them vote dominance. Worse yet, one offered example implements a mechanic wherein a spectator could actually pay in order to see a particular player removed — either with in-game currency, real cash, or via an in-stream auction.

Some Actual Humans sat at a table, discussed, and then ok’d this idea. 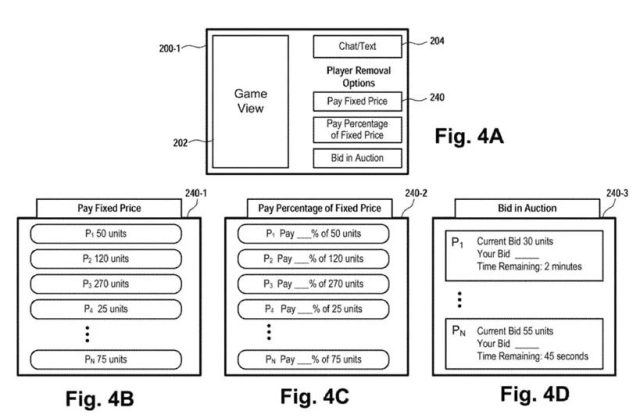 Multiplayer games and toxicity have gone hand in hand ever since the medium existed. I’ve personally been kicked from fighting games, shooters, brawlers, and sports titles for a litany of reasons. These include playing poorly, playing too well, picking the “wrong” character, not healing enough, healing too much, conceiving a plan, not following a plan, not getting enough kills, getting too many kills, and having an LGBTQ-related username.

Dodging “kicks” has dice-roll consistency, is often personal, and is rarely logical. That the industry is dancing with the idea of capitalizing on said inconsistency and — perhaps even monetizing it — comes as zero surprise whatsoever. Even if you were to give them the benefit of the doubt, if a developer genuinely thinks the reason players are kicked from games is simply “because they’re troublemakers,” then they could perhaps do with experiencing the acidity earned in a few rounds of League of Legends, Overwatch, Call of Duty, or FIFA… Hell, even LittleBigPlanet has its problems.

Of course, while the new PlayStation bench player patent is now officially under Sony ownership, this does not necessarily mean it will actually be instigated into any forthcoming titles. The possibilities for exploitation within this system are readily apparent and, hopefully, smarter heads will prevail.