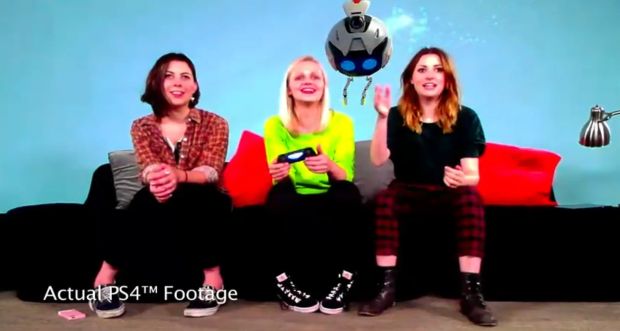 Set your friends on fire

Sony’s PlayStation Eye support seemed to wane as the PlayStation 3 aged, but armed with the new features in the PlayStation 4’s controller, it looks like the camera will be attempting a comeback, hoping to stay more relevant than its predecessor.

The first piece of software that will utilize a lot of the new features is Playroom, which looks similar to Double Fine Happy Action Theater. Robots will electrocute your friends (virtually) before you play a sort of motion-based Pong clone. Good news for those interested in some stupid fun but not enough to pay for it: Playroom will be pre-loaded onto all PlayStation 4 consoles.