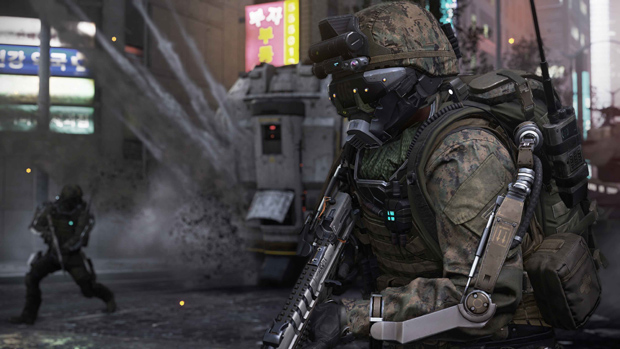 This week, Activision is making its next major promotional push for Call of Duty: Advanced Warfare. (Perhaps you read our “preview” or saw the multiplayer trailer.) That can only mean one thing: it’s time to talk about pre-orders. Notably, there will be a Day Zero Edition offering 24-hour early access to the game on all platforms beginning November 3, 2014.

By pre-ordering either the base game or a collector’s edition of Advanced Warfare, you’ll be eligible to purchase the Day Zero Edition on November 3 at no additional cost (while supplies last). The package includes the AK-12G assault rifle, Crossbow-B2, Bullet Brass exoskeleton, and EM1 quantum-directed energy weapon. During the day-long early-access period, Sledgehammer Games will also be giving out double experience points.

I hope this doesn’t catch on and become a thing among publishers.