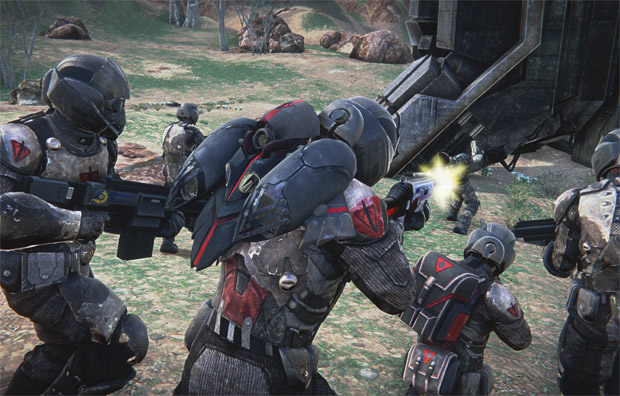 Sony Online Entertainment president John Smedley had a chat about PlanetSide 2 with Chinese site 17173.com, which was then translated by MMOsite and picked up by PlanetSide Universe. Phew. Some of the comments were misinterpreted, but Smedley has since responded. On with the news:

He says the aim for the beta is late this year or early next, remarking that “It’s ready when it’s ready and we are proud of it.” In other not-totally-unexpected news, PlanetSide 2 will be a free-to-play title. The specifics aren’t finalized yet, although Smedley did drop a hint: “we like League of Legends a lot.”

The final tidbit from the interview was that the team wants players to craft weapons eventually, but such functionality won’t be present at launch.