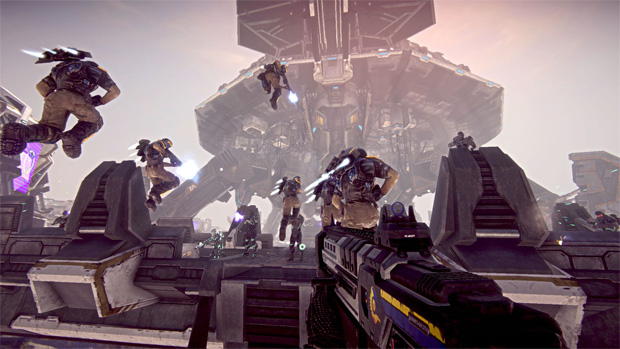 Some of you have undoubtedly been enjoying the PlanetSide 2 beta for a while now, but there comes a point after the initial wow factor, for any game, when you grow tired of having to deal with the annoyances of unfinished software.

The end is in sight: Sony Online Entertainment has scheduled the MMO first-person shooter’s launch date for November 20, 2012 in North America and Europe. Together, beta testers have fired 2.87 billion projectiles to date. That sounds crazy enough to be true.

Other news out of the SOE Live fan event is that a third continent, Amerish, will soon be accessible within PlanetSide 2. Viewable below, there’s concept art and a rather barebones trailer to give you an idea of what to expect.