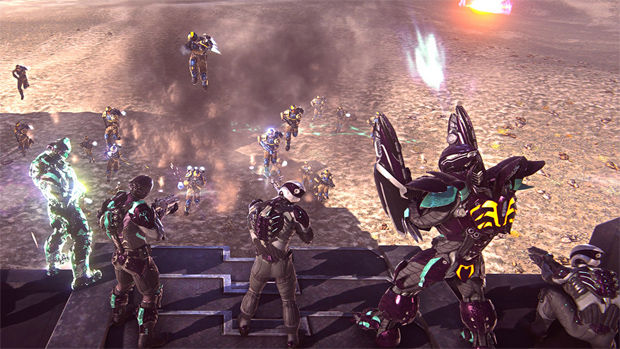 PlanetSide 2 is notorious for being one of the most visually impressive games on PC right now. Of course, that means it’s incredibly tasking to run, even for top-tier rigs. That won’t stop Sony Online Entertainment from aiming for the stars when it comes to the PS4 version.

Matt Higby, the creative director on PlanetSide 2, told NowGamer that the studio’s plan is to “basically take the PC game with maximum settings and have that be running on the PS4.” He elaborated that “there won’t be any limitations in terms of number of players, there won’t be any limitations on the maps – so you aren’t going to get any dumbed down maps or anything like that.”

The one alteration that SOE intends to make is to the interface, as PlanetSide 2 was developed with the intention of the player using a mouse. Higby promises that there will be changes to ensure that the game works better with a console controller.

We knew that the PS4 would be a powerful machine, but I don’t think anyone thought that it’d be able to replicate the performance of high-end computers. If Sony Online Entertainment can make good on its word, the gap between consoles and PCs might be narrowing faster than we expected.