Today, hardware reviewers were able to lift the lid on NVIDIA’s latest beast, the GeForce GTX Titan. Boasting a GK110 chip with 2688 CUDA cores and loads of other stuff I barely understand, NVIDIA claims that when you rock three of these things in SLI, you get the world’s first gaming super computer.

So far, so prideful.

With a trio of these behemoths, my job was simple. I’m a software guy — I make other people do my hardware stuff, and then play I games. Crysis 3 is one such game, and with Crytek suggesting next generation consoles won’t touch what its latest first-person shooter in the graphics department, there’s no better test of the Titan’s mettle.

The above video (nabbed with FRAPS) shows Crysis 3 running at 60fps on max settings and, while YouTube doesn’t quite do it justice, you ought to be able to get the general idea. At a resolution of 1920×1280 (aiming for higher in the near future), the Titan largely has no trouble getting Crysis 3 to look as good as all those pretty screenshots Crytek loves to shove down our mouths, all while maintaining a smooth sixty frames of arrow-slingin’ mayhem. 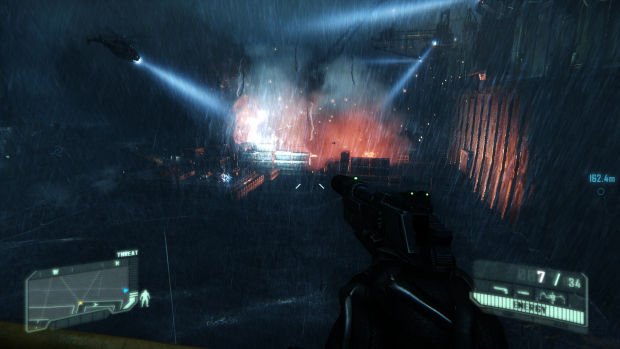 Crysis 3 doesn’t really care about your hardware situation, callously tossing out intense rainstorms and huge fields of swaying grass like so much computer-shredding confetti. Thus armed with this hardware, however, I laugh at Crytek, laugh loudly while jiggling my fat around and burping up various acidic liquids — such is my new decadence. Speaking of which, here’s the rig Origin PC (not EA’s Origin, damn that confusion!) put together to test everything:

Obviously what I have is a massive, expensive beast, and the Titan’s aren’t cheap. The recommended retail price for one of these things is $999, so if you want three of them, prepare to sell one of your children to the nearest friendly off-the-grid genetic research facility. It’ll have to be one of your good children too — dominant genes, healthy teeth, the works.

NVIDIA’s been keen to point out that you don’t need three cards and a humongous computer to get everything looking swish, and says a number of manufacturers are going to be making fast, powerful, but adorably small machines. That’s good news for those who don’t like their rigs taking up much space — personally I like them as big as I can get them, to make up for feelings of inadequacy in every single other aspect of my life. 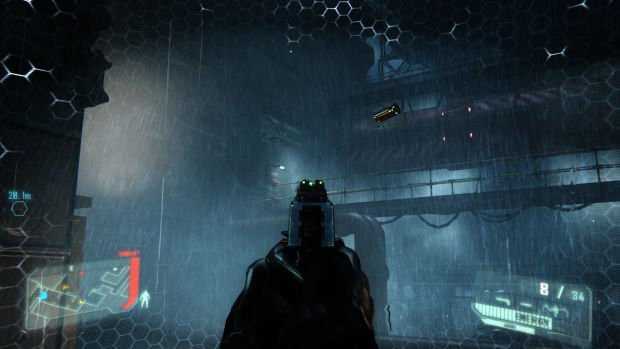 As much as I’ve loved rocking this thing, even the Titan breaks a sweat when the game decides to get really serious. In some of the most intense areas — chiefly some of the stormy kill zones in the campaign’s opening chapter — I’ve encountered some slowing down, with brief dips to 40fps. These moments are rare, in my experience, with the Titan ultimately shrugging off most of what Crysis 3 can throw at it.

Due to some hardware errors that required fixing (caused by the fine delivery people of Mississippi and their inability to read “FRAGILE” on a box), I’ve not had as much time as I’d have liked before providing my initial experience, but rest assured I’ll be spending a lot more with it over the coming days. The Titan has become the way to play Crysis 3, and I can’t wait to see how it holds up going forward. 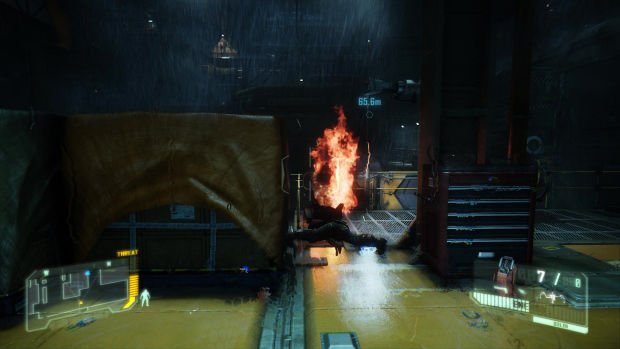 Stay tuned to Destructoid for a full on PC Port Report, detailing how good a job the master race version of Crysis 3 is when compared to its console brethren (spoiler: a pretty damn good job!)