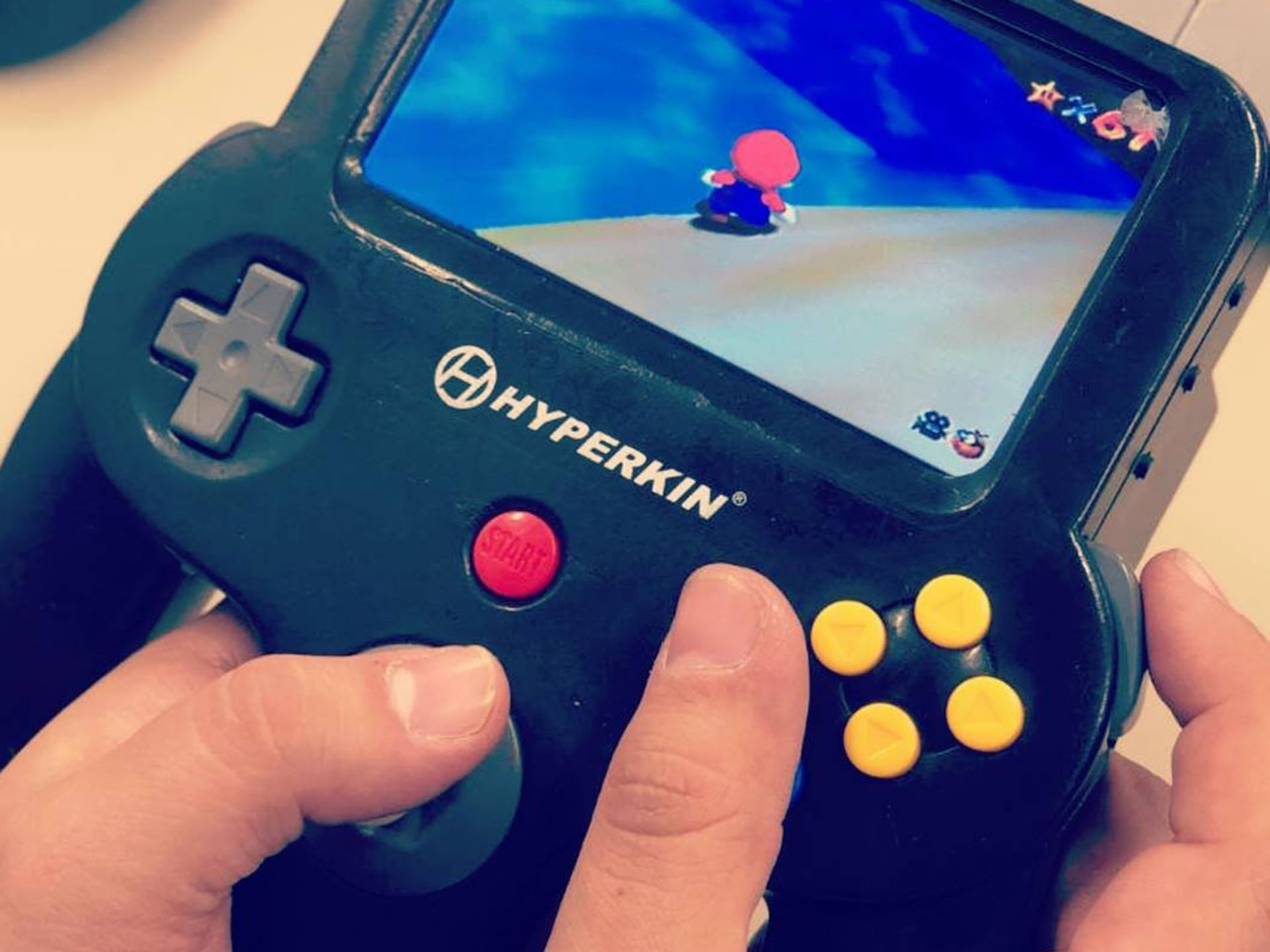 How did this guy even land that gig!?

Before anyone gets too excited, this is simply just a prototype, with no word yet on it actually entering production anytime soon. For those unaware, Hyperkin are the same people behind devices such as the RetroN series of emulation-based retro consoles (and all the drama behind them) and other portable retro systems such as the “SupaBoy S Portable Pocket Console.”

As for the photos themselves, they come from Senior Account Manager Ramon Navos-Moral — who despite working for Hyperkin and should probably know better — decided to share these photos on Facebook. 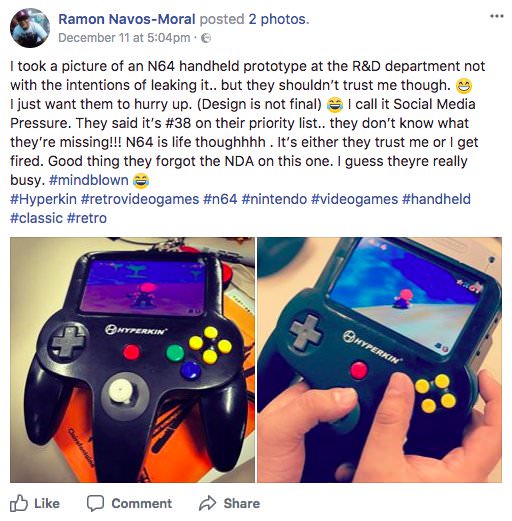 Nintendo Life also reached out to Hyperkin for a response and they were told: “action has been taken against Navos-Moral for distributing internal R&D projects online.” Also, confirming the device is indeed real, but, like many other prototype devices, may not even enter production.

Would you be interested in a portable Nintendo 64 though? Personally, I’d rather see Nintendo perfect N64 emulation and release Virtual Console titles on the Switch or wait for the inevitable N64 Classic.