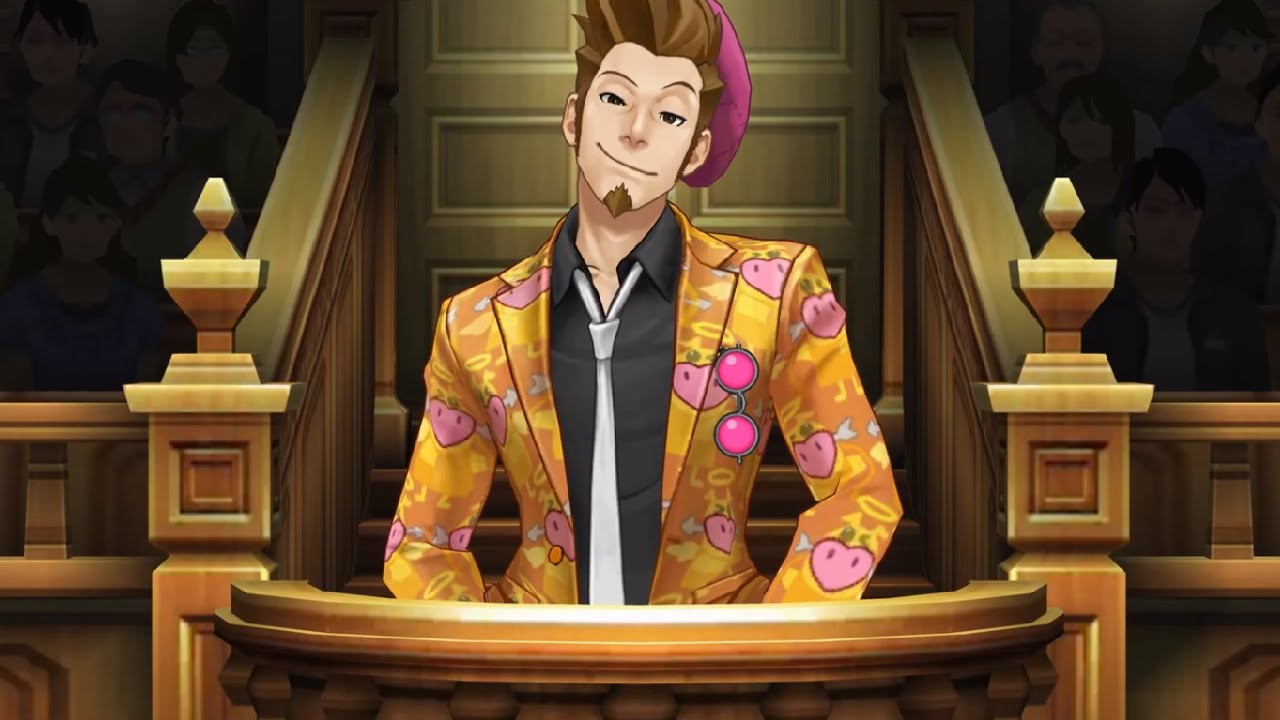 First spirits, now time travel? No wonder lawyers get paid so much

As if challenged to be even more crazy, the “Turnabout Time Traveler” case is now available from the in-game menu for Ace Attorney 6: Spirit of Justice. It’s $5.99 / £5.39 / €5.99, which for Europeans and British people (which I can now separate) is slightly pricier than the DLC case released for Dual Destinies.

Also making an appearance is Larry Butz, the clumsy and ill-witted childhood friend of Phoenix and Edgeworth, the latter of whom will be serving as the prosecutor in this case. Larry is always getting himself in bad situations or even jail due to his endless and fruitless pursuit of love. Looks like he’s in trouble again, this time trying to marry a time traveler. Larry Butz, his pursuit of love, and time travel sure does sound like quite the quantum conundrum.

Considering the crossover with Professor Layton exists, it makes me wonder if the time-traveling aspect was at all inspired by the motifs in the Layton series. If Ace Attorney starts taking cues from the story in Layton games, we’re doomed. The stories of those games are quite boring in my personal opinion.