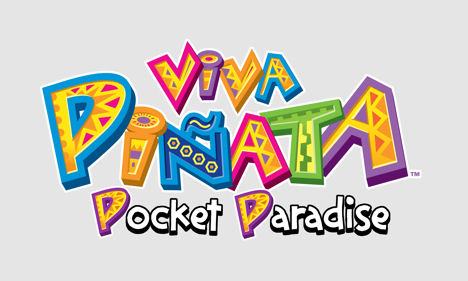 Last week, Rare Studios very kindly invited me to their secret headquarters in the rain-soaked Midlands to try my hand at the Nintendo DS version of the critically acclaimed Viva Piñata. Viva Piñata: Pocket Paradise takes the cheerful-yet-sinister gardening simulation of the Xbox 360 title and shrinks it down onto Nintendo’s handheld for (hopefully) a wider audience to enjoy.

Having spent a whole afternoon tempting Quackberries and feeding Bunnycombs to Pretztails while laughing with glee at my mastery over life and death, I’m happily confident enough in my knowledge of all things feral and candy-filled to provide a Destructoid-flavored preview for your consumption. Hit the jump to see if Viva Piñata truly is capable of putting a paradise in your pocket.

The main bulk of Pocket Paradise varies little from its bigger Xbox 360 brother. The aim of the game is simply to cultivate and maintain your very own garden and attract different types of living piñata who might want to make your humble plot of land their home. Different piñata have different requirements and if you want the most exotic creatures, you’ll be expected to fulfill a selection of objectives before they agree to live with you.

Rare has worked hard to cram the DS cart with as much of the original game as possible, and the work has paid off. Pocket Paradise is as deceptively deep as its predecessor, and is really suited to the handheld format. Using the more spacious 128 MB cartridge, the game has a selection of FMVs, all-new training episodes and several save slots to maintain more than one garden at once.

Pocket Paradise makes good use of the DS’ two screens, with an uncluttered touch screen that displays your garden and allows for hands-on control, and a top screen that hits you with real-time statistics and pertinent information. Being able to see how much of your garden is made up of water at a mere glance becomes incredibly handy, especially when trying to make certain piñata come to visit. You can also swap the screens around to quickly access more information if needed. The layout is very well designed and makes garden maintenance more efficient than it was on home consoles.

As far as touch screen controls go, it’s a mixed bag. The game is played primarily with the stylus, which you use for all the tools in the game, and generally, the setup works very well. You can select your shovel, for instance, and just poke anywhere on the screen for it to tap something, smash an object, or dig up a hole to fill with water. Planting grass and other mundane chores has also become far more enjoyable, as simple as drawing the stylus across the screen and watching your garden get greener.

However, I found that the stylus controls weren’t always as helpful as they could have been. For instance, selecting certain tools or confirmations can be incredibly difficult at times, as the stylus detection seems a little off. It took me a ridiculous number of attempts to select the “dig a pond” tool despite very clearly hitting the option with my stylus. Similarly, I sometimes canceled a decision rather than confirmed it because only a very small portion of the confirmation box seems to recognize the stylus, while the part of the touch screen that recognizes a cancellation seems to encroach onto the confirmation box. Once you get used to the quirky detection, you can live with it.

It’s a shame you have to “live with” anything, however, because otherwise, Pocket Paradise is a lot of fun. Everything to love about the original game is present, and one gets a genuine sense of joy out of finally winning over that hard-to-please piñata. As ever, the demanding maintenance of the garden may turn off those looking for a more laid-back experience, but OCD sufferers will be satiated for hours and the title seems more addictive than ever on Nintendo’s portable platform. Everything from romancing your piñata (sans annoying minigames this time) to building homes and enjoying upgrades is present, and very little has been compromised to fit onto the small screens.

The downscaled graphics do little to curb the appealing art style that VP brings, and this is a lovely-looking DS game that only suffers from direct comparison to the gorgeous 360 original. Kudos goes to the sound department, though, not so much for what is IN the game but what is OUT — no annoying in-game voiceovers! Not having to hear the characters’ insane gibberish whenever you visit a store or having that patronizing Scottish tart talk nonsense at you is a Godsend. The only time you have to suffer from voice acting is during FMV scenes inspired by the awful cartoon show. They are mercifully infrequent.

It’s the little things that make Pocket Paradise fun, however, such as feeding Tafflies different colored berries to make them “produce” new types of fertilizer, or getting Cluckolds to sit on eggs so they hatch faster. There is a rudimentary achievement system in the form of awards that you can earn for fulfilling certain objectives. For those who don’t like pressure, there is also a new “playground” option that lets you play in a free open space without having to worry about leveling up and meeting goals. It’s just you and some piñata, hanging out and having fun. The American dream.

The time I spent with Pocket Paradise was all-too-brief. Although I met with frustration at times, by the time they forced me to put the DS down, I was desperately trying to make a Taffly turn pink at the last second. Once the game gets its hooks in, they are very hard to shake off, and Pocket Paradise is looking like it will be a most worthy addition to the Nintendo DS library. Gamers searching for their next portable drug might want to keep a close, bloodshot eye on this one.