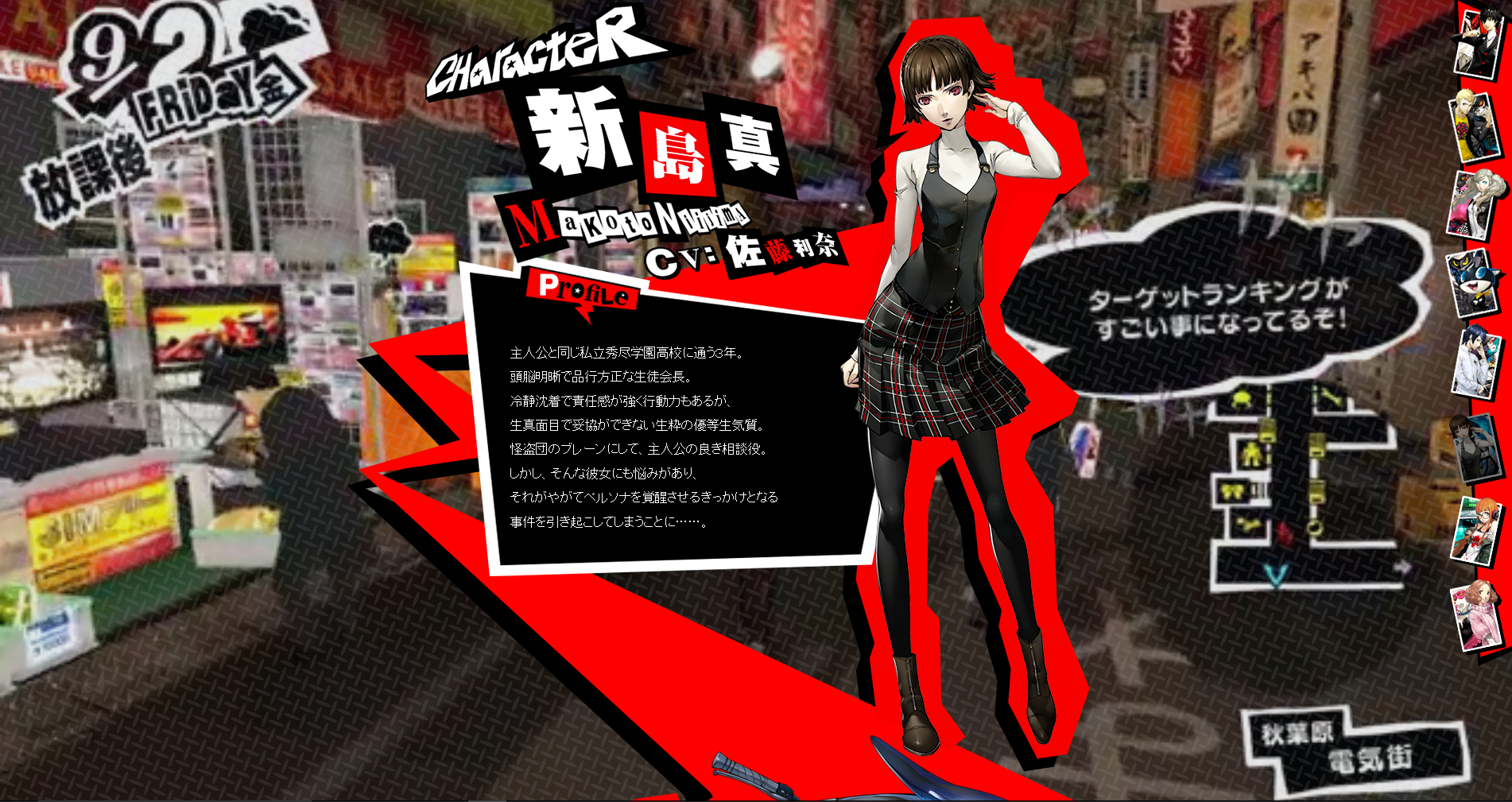 And a certain something with something hidden beneath her skirt

It’s been a hot minute since we all screamed in rhapsody over another stylish Persona 5 trailer and an actual got damn release date (in Japan). Last week Josh Tolentino did a deep translation/analysis of the trailer, which you’ll want to check out, but the Persona 5 website has also been updated with new information on some of characters introduced in the latest trailer.

Gematsu has translations of three new character bios and descriptions of their starting personas. Helpful because two of their personas are insane in the Final Fantasy XIII Eidolon sense and the other is going to spawn a lotta lazy jokes.

“A third-year high school student who attends the same Syujin High School as the protagonist. She is a student council president with a sharp mind and irreproachable conduct. She is level and calm with a strong sense of responsibility and ability to take action, but is a natural-born honors student who is overly serious and refuses to compromise. However, she has her own troubles as well, which will eventually trigger the awakening of her Persona, and thereby cause an incident…” 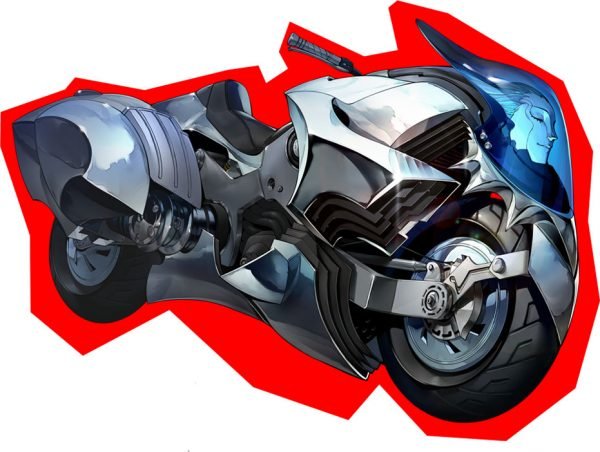 Her persona, Joanna, is “[a] unique Persona in the form of a large bike. The front of the bike looks similar to a woman’s head. It has the same name as ‘Pope Joan,’ who legends say was the first female Pope during the Middle Ages.” How papal!

“A girl with superhuman computational abilities and ingenious programming capabilities, but in addition to being naturally extremely bad at communication, she became a shut-in after a certain incident. She is the age of a first-year high school student, but no longer attends school following her middle school graduation. Through what opportunity will this shut-in girl meet with the protagonist and friends?” 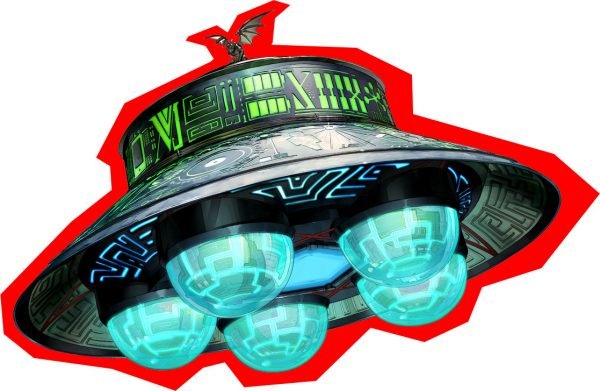 If motorcycle persona didn’t throw you, the emotionally stilted tech maven’s persona, Necronomicon, is, well, named after the Necronomicon, the fictional evil text that drives the Evil Dead films. Except it’s shaped like a UFO, “and seems to be a symbol of Futaba’s unknown power,” managing to be both on the nose and completely confusing.

“A third-year high school student who attends Syujin High School. The daughter of the president of a major restaurant company. She grew up in a wealthy family, and is elegant and naive, but on the other hand often observes others. Although usually good at communication thanks to her gentle appearance and people handling skills, she finds no value in human relations, perhaps as a result of the environment in which she was raised, and avoids close relationships with others. What kind of incident would trigger the awakening of her Persona ability?“ 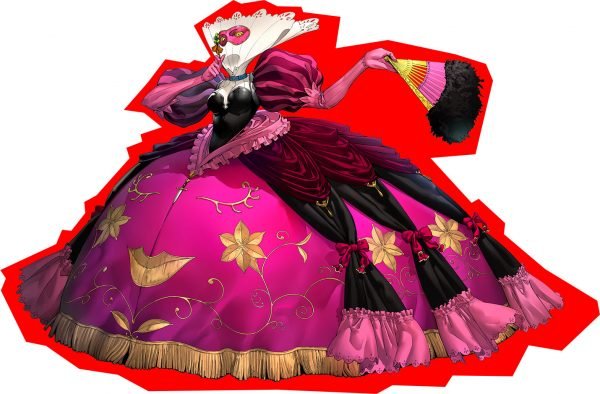 Her persona, Milady, is named after the Three Muskateers character and is, “[a] lady Persona who wears a beautiful dress embroidered with lilies.” But, uh.

“But beneath her elegant skirt hides a powerful weapon.”

Gonna be a lot of fan art.