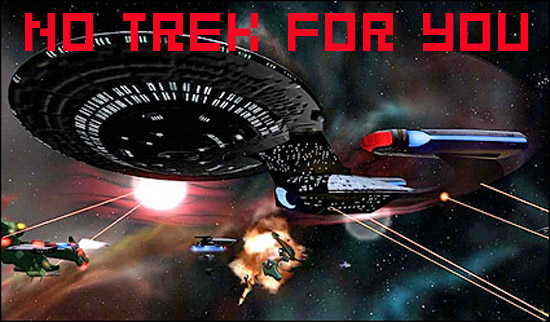 More news from the world of Captain Obvious and his sidekick, Blatant Bullsh*ttery: Developer Perpetual Entertainment (now renamed P2 Entertainment) has announced they will not continue development on much discussed MMO Star Trek Online. The game is not formally cancelled however — the game’s content and license have apparently passed into the hands of another developer in the Bay area in San Francisco, where lucky slaves are just beginning on years of hard labor.

Key to this tale of woe is that while the new developers have the content, they do not have the code for the work-in-progress, pushing this game’s possible debut from “the next few years” to “possibly next decade.” Sorry, guys — if you were looking forward to interacting in this universe, the next best thing may be to cosplay as Scotty and go to a con. Again.

By the way, Perpetual? You might want to look for a new line of work. After blowing off Gods and Heroes (not ot mention its staff) right before its launch and all that messy Kohnke lawsuit business, things just don’t look that great for you guys. Don’t go the Britney route and completely lose it in public — it’s just not flattering.