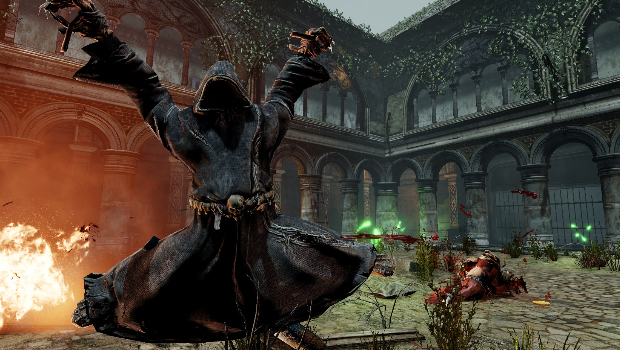 Painkiller Hell & Damnation is out on PC October 31, and it’s been revealed that the reimagined shooter classic won’t just be releasing as a bog-standard game for boring people. There will be a collector’s edition too, for cool kids who want THINGS and STUFF!

The special edition comes with postcards, stickers, an art book, making-of DVD, a soundtrack, an in-game tarot card and multiplayer skin. It also gets the poster packaged free with the standard edition. The regular version costs $19.99 while the collector option will set you back $29.99.

If you’re holding out for the console version, you’ll be waiting until January 22, 2013. Ouch!