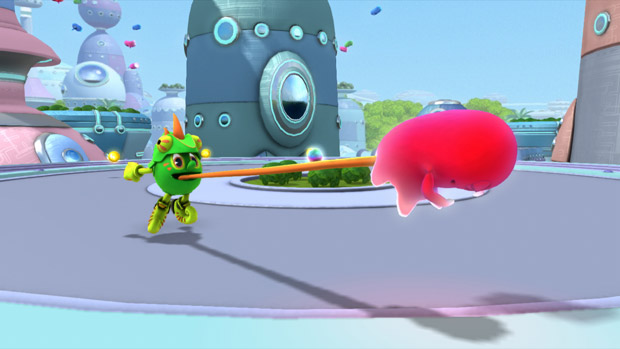 Which is to say a game technically featuring Pac-Man

What makes a Pac-Man game a Pac-Man game? Perhaps I’m overthinking this. Pac-Man and the Ghostly Adventures puts the iconic character in a story built off the animated television series of the same name, which makes a lot of sense having now watched this trailer.

The game is planned for a fall release this year on Xbox 360, Wii U, and PlayStation 3, with a sidescrolling version also in the works for 3DS. Not to bring up the morbidly obese elephant in the room, but is that munching sound effect for real?