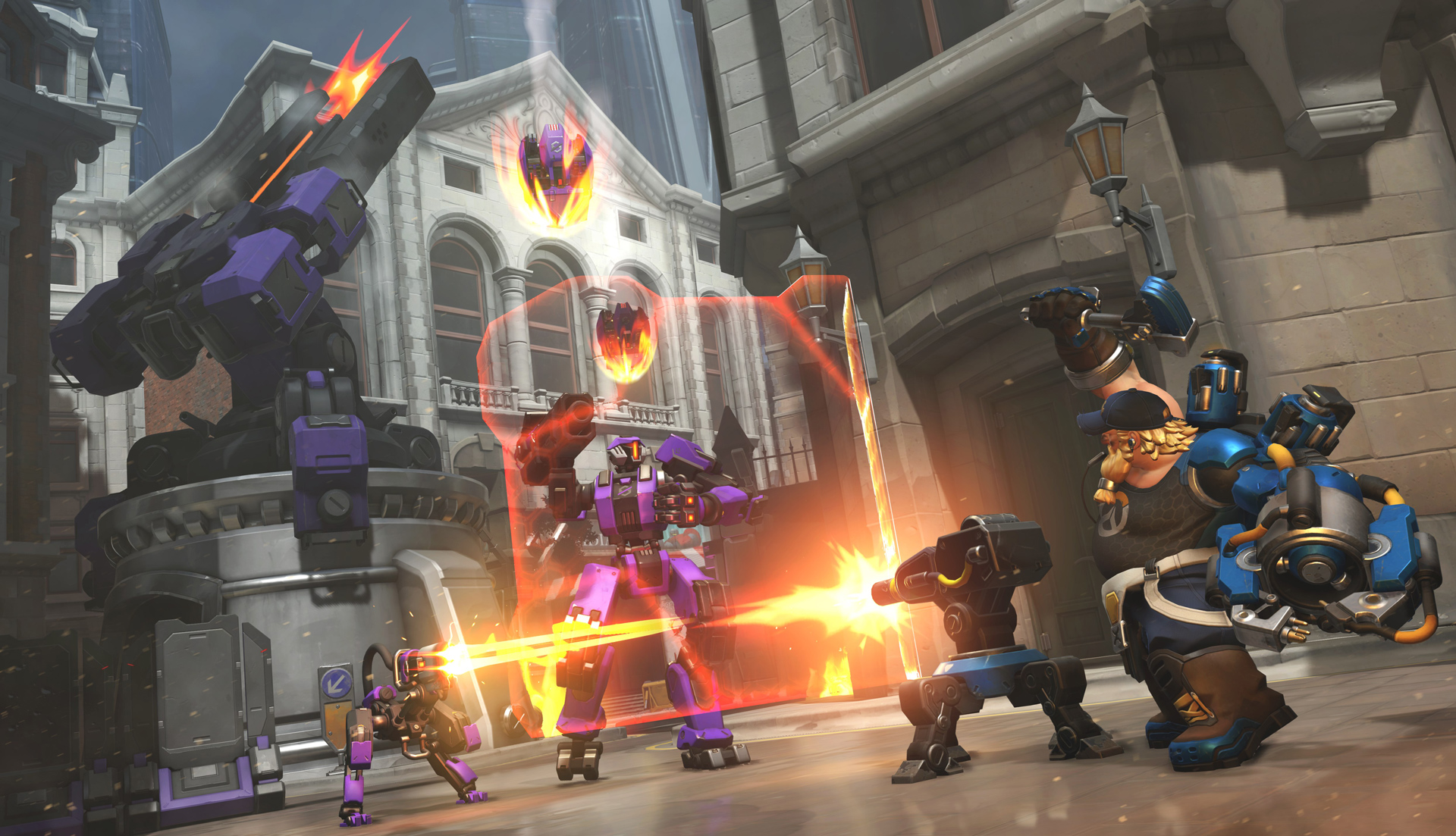 I can already imagine a whole suite of ‘mission archives’

Overwatch debuted another limited-time co-op mode this week called Uprising. If you haven’t tried it yet, you should! I got a few rounds in last night and came away more convinced than ever that Blizzard should continue down this path and, ideally, make this and future PvE events permanent.

This new event rewinds the clock seven years to show us Tracer’s first mission with Overwatch. A group of “extremist” omnics, Null Sector, are revolting in King’s Row. Barring outside intervention (that’s where you come in!), it’s feared that a new war between humans and omnics could begin.

Uprising is a clear step up from the last PvE mode, Junkenstein’s Revenge, which was well-done for what it was: a Halloween-appropriate wave-based survival mode. Here, you’ll similarly partner up with three others to fend off lots of enemies — including familiar faces like Bastion and Orisa — but it’s far more active. Actually, it’s about what I’d expect from a level in a potential story campaign.

The gameplay itself in Uprising feels like a mash-up of existing design ideas. You’ll weave your way through King’s Row to capture and hold points, activate and escort a payload, and take out a few final priority targets, all while various omnic models flood in. But it has that extra layer of polish to feel more substantial than that sounds. It’s also easier said than done on Hard difficulty and above.

There are two forms of the mode: one with a limited hero selection (Tracer, Reinhardt, Mercy, and Torbjörn), and another with access to the full roster (expect someone to pick Bastion). Both are found in the Arcade and count toward your weekly Loot Box rewards, so if nothing else, consider playing for a chance at the new Uprising skins and D.Va’s play-of-the-game selfie intro. We only have until May 1.