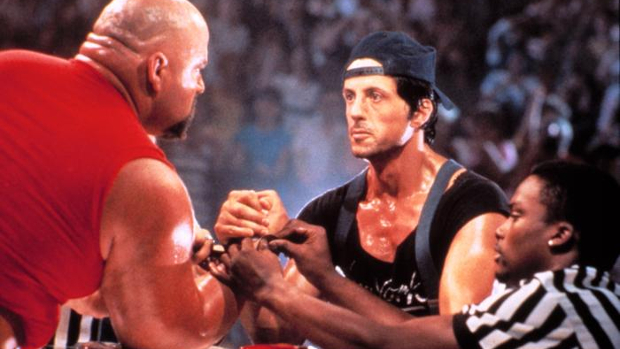 It seems odd enough to do a sequel to Over the Top, the 1987 film starring truck driver/competitive arm wrestler Sly Stallone trying to win a life for him and his son. It’s even weirder that it would take the form of a tower defense game that originally launched on iOS and Android and is now coming to PC.

I can’t find any sign of Stallone’s involvement in the project, so this looks like a Son of the Mask sort of follow up. Perhaps a tax credit. The mobile iterations do have decent reviews on their respective app stores, though, so it probably isn’t as bad as a movie starring Jamie Kennedy (unless Over The Top Tower Defense stars Jamie Kennedy as Stallone’s son from the original).

(This may be just a coincidentally-named tower defense game that has no relationship to the seminal Stallone classic – Ed.)