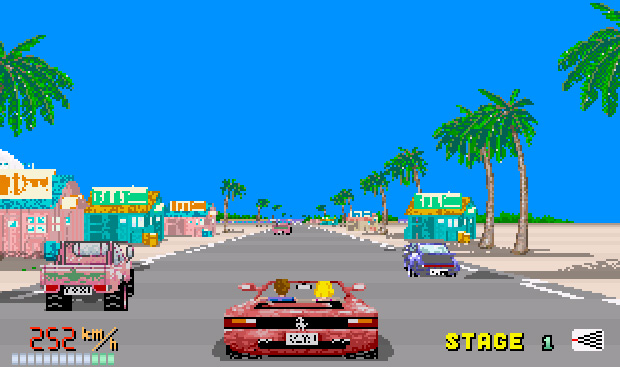 And elsewhere, if there’s any justice in this world

Every time we cover Sega’s 3D Classics line for 3DS, someone inevitably jumps in to talk about how OutRun should be among those games. I agree. And it will be — at least in Japan.

OutRun is a terrific candidate for the 3D treatment. Here’s hoping it gets released in Japan soon so the rest of us in North America, Europe, or wherever else can get it not long after.

Y’all ready for this?