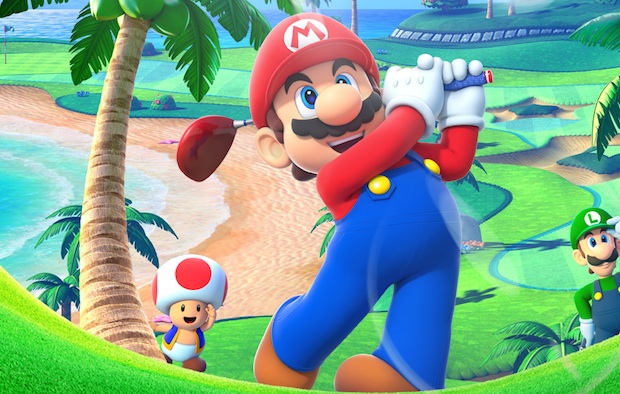 [Update: It looks like the servers are up now! I’m playing now — review coming this afternoon.]

Sorry, but we’re going to be a little late on our Mario Golf: World Tour review. As of 9 a.m. this morning we’re allowed to run our reviews, but Nintendo has had some issue in getting their servers up for online play. I’ve had the game for awhile now so I’ve beat the offline portion of the game already. But the online side remains out of reach, so we’ll have to wait until we can play in some tournament matches and test things out. Hang in there.

But, as a sort of weird preview, watch this video of Bowser, Donkey Kong, and my Mii totally losing it on the winner’s podium after a match. Actually, all of the characters of Mario Golf: World Tour sound like broken records throughout the game — they never stop making the same crazy noises. It’s like they’ve lost their minds. And your Mii — oh man, he’s the craziest of all. The sounds he makes are hilarious!

Well, see for yourself! The demo of Mario Golf: World Tour should be hitting the 3DS eShop very soon. Hopefully the servers go online as this demo does. Again, hang in there.