Killer Is Dead is the next big game from developer Grasshopper Manufacture and the mind of Suda51. The basic idea echoes many past Suda games where you become a highly skilled badass taking on overpowered enemies by means of melee combat.

In this case, you play as Mondo Zappa, an executioner and new employee of the Brian Execution Agency. Unlike the assassins in Suda’s other games, Mondo is actually working to protect the world (for the right price of course) as he takes on a new breed of criminals using biomechanical body part replacements to terrorize the planet.

Mondo himself is cybernetically enhanced, and uses a robotic arm in combination with his traditional Japanese katana to hunt down and execute his targets. Yep, sounds pretty Suda alright.

Half the story involves Mondo hunting down terrorists, but the other half sees the hero trying to solve his own mysterious past. He’s lost his memories, and as he struggles to piece his life back together he’ll be taking on evil — all the while, chasing after beautiful women.

All this is presented in an episodic approach instead of the typical mission structure you’re accustomed to by Suda51’s other games. Episodes will have a beginning and end to them that will take you to various locations around the world.

Suda51, through an XSEED translator, told me that the two concepts he had was “one, to be an executioner, and two, to have jobs in different parts of the world, and then to combine those two together.” The episodic stories made the most sense.

“I also had this darker image, or darker 007 James Bond in my mind. James Bond travels around the world to solve crime or stop a terrorist attack. That’s one of the things I wanted to do. Like Shadow of the Damned or Lollipop Chainsaw, it’s usually just one night that everything happens. I wanted to make it more of a daily thing [with Killer is Dead.]” 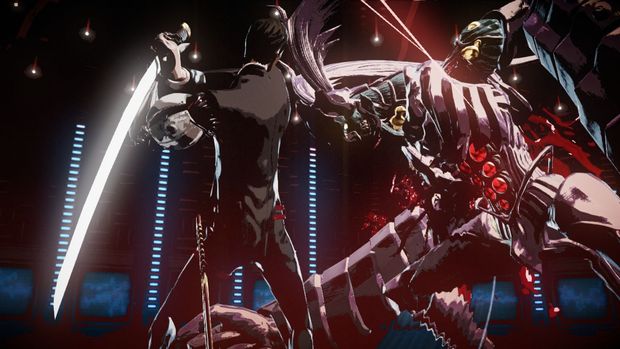 In our hands-off demo, Suda51 showed us one of the game’s first boss fights against a terrorist named Victor. Victor has the power to steal sounds preventing the victims from ever hearing again. Mondo was hired by a client that had her sound stolen from her, and after tracking down Victor, Mondo learns that he intends to use all the stolen sound he’s collected to destroy the Earth.

Once the typical protagonist versus boss insult exchange is over, Victor transforms and wields two giant arms that you have to cut off. The fight comes in three stages, with Mondo needing to empty Victor’s health meter to zero three times. Once it’s depleted, players will have to perform a couple of timed button prompt presses to cut an arm off. After repeating this for the other arm, Victor will then stumble around the room as the building collapses around you.

You then have two minutes to finish off Victor, at which point Mondo ends it all by cutting off Victor’s head. He’s defeated, but not before he gets to launch a laser beam that strikes the moon, thus infecting it full of pure malice. Suda told us that there’s something happening on the dark side of the moon that has a big purpose and theme to the overall story.

What I saw of the combat was pretty straightforward and more or less what you’d expect out of a Suda51 game. The katana is your main weapon where you can perform all sorts of attacks and combos. Your robot arm, at least during this part of the game, will double as a gun that’s more useful for keeping enemies off balance and stunning them so you can go in for finishers with the katana. Previously released screenshots showed off Mondo’s robotic arm transforming into a giant drill. 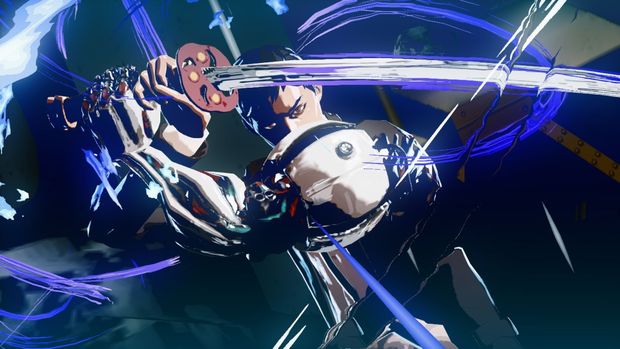 Did I mention that the visuals are just absolutely wonderful? Because they really are. It’s one thing to look at screens or trailers, it’s even better seeing it all in action in front of you. The motion style comic feel is just amazing and it’s simply gorgeous watching the action live.

“So the graphics [are] one of the things we really concentrated on,” Suda51 told us. “As you can tell the shading is really different and unique. Not only in the cutscenes but just overall the gameplay too. We just wanted to make something that’s memorable and just people taking a glance at it they’ll tell right away that it’s Killer Is Dead.”

There was a moment where it was kind of hard to keep track of all the action, but I have to see more than just 10 minutes of gameplay to know whether this could harm the overall experience.

A very short hands-off demo is hard to judge, but I can at least say that the visuals are damn impressive in Killer Is Dead. The gameplay looked great, and really I’ve enjoyed every past Suda51 title and I’d be shocked if I don’t end up getting lost in yet another one of his worlds.