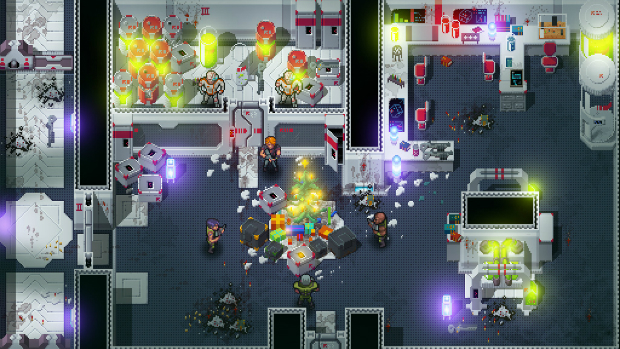 I guess I can wait a week for it to release

I already liked Chucklefish. The indie developer best known for making Starbound has gone on to act as a publisher for smaller teams with great ideas. The studio has helped to release Hopoo Games’ Risk of Rain, and is publishing the upcoming metroidvania darling Heart Forth, Alicia. With this announcement, Chucklefish has solidified itself in my mind as one of the best publishers out there as far as having an eye for talent. Seriously, the trailer for Halfway looks awesome.

Developed by Robotality, Halfway is described as a sci-fi turn-based strategy RPG, and has been likened to XCOM with sprites. For those already sold on the idea, the wait is not long. Halfway will release on Steam and the Humble Store on July 22 for the modest price of $12.99.