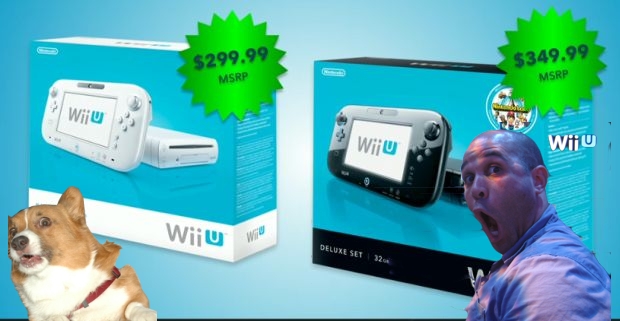 At today’s Wii U preview event in New York City, Nintendo of America President and COO Reggie Fils-Aime finally announced the pricing of the Nintendo Wii U for USA. As expected, separate bundles have been announced.

November 18th, folks. Right before the holiday season. Before Japan!

Two configurations will be sold: The Basic Set (white, 8GB memory) will cost $299.99, and the Deluxe set, which includes more memory (32GB), stands for your system and controller, and a copy of NintendoLand, will cost $349.99.

Both sets will include the Wii U console, GamePad, AC adapter for each, the Wii U sensor bar, and a high-speed HDMI cable.

Compare this to the Japanese Wii U price and date, announced last night.