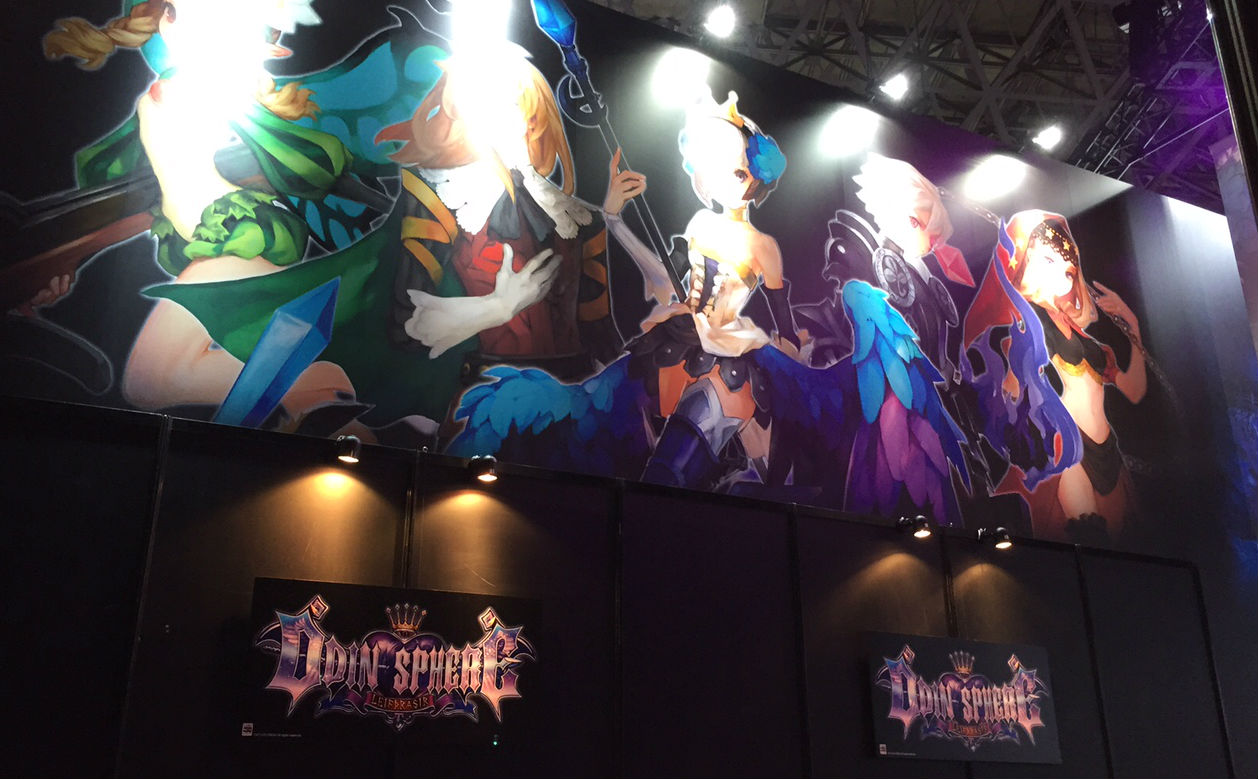 A massive framerate upgrade from PS2

Odin Sphere was one of the first games I played with my wife, and we had a perfect system. She would play a lot of the core areas during the day, and at night, I would plant seeds, gather food, and level up while she took a nap — after waking up, she’d resume and split the action sequences with me. For her, the presentation was key. It’s a beautiful game through and through, from the wonderful soundtrack, to the gripping story, to the amazing visuals. For me, it was a deeply engrossing, rich RPG, with memorable boss fights.

For all those reasons and more, I’m glad that another generation of gamers will have the chance to experience this classic with the Odin Sphere: Leifthrasir re-release.

The demo at TGS had every playable character as an option, but I chose the dark and mysterious Oswald, as he’s my personal favorite of the bunch. I wasn’t disappointed with my selection, as he has some of the coolest mechanics, which are perfect for showing off the smooth framerate of the PS4 build.

Simply put, it’s like night and day. I vividly remember playing the PS2 version, and although the framerate wouldn’t dip into critical levels during most of the game, it would be particularly crippling during boss fights. But on PS4, it’s flawless, which will shoot up my inclination to replay the Odin Sphere considerably. I was able to fight through the mid-boss horse knight and the boss dragon without issue, and it’s like playing an entirely different game.

I also forgot how deep the combat system was, which is partially due to the fact that the team has reworked the controls to be more like Muramasa. It has air dashing, launchers, combos, special arts, supers, and pretty much everything in-between with its massive item system. I had a blast even in the demo planting seeds, and growing food to munch on to level up. I also had the chance to mix together various concoctions, which allowed the use of offensive and defensive potions. I feel like Vanillaware really nailed the balance between action and RPG mechanics, and that’s still true with Leifthrasir.

I’m ready to fall in love all over again with Odin Sphere: Leifthrasir. Even though the area I played wasn’t one of the new zones, it still felt compelling, like I was seeing it for the first time. Leifthrasir will be released on the PS4 and Vita in Japan on January 14, 2016, and later in the year overseas.