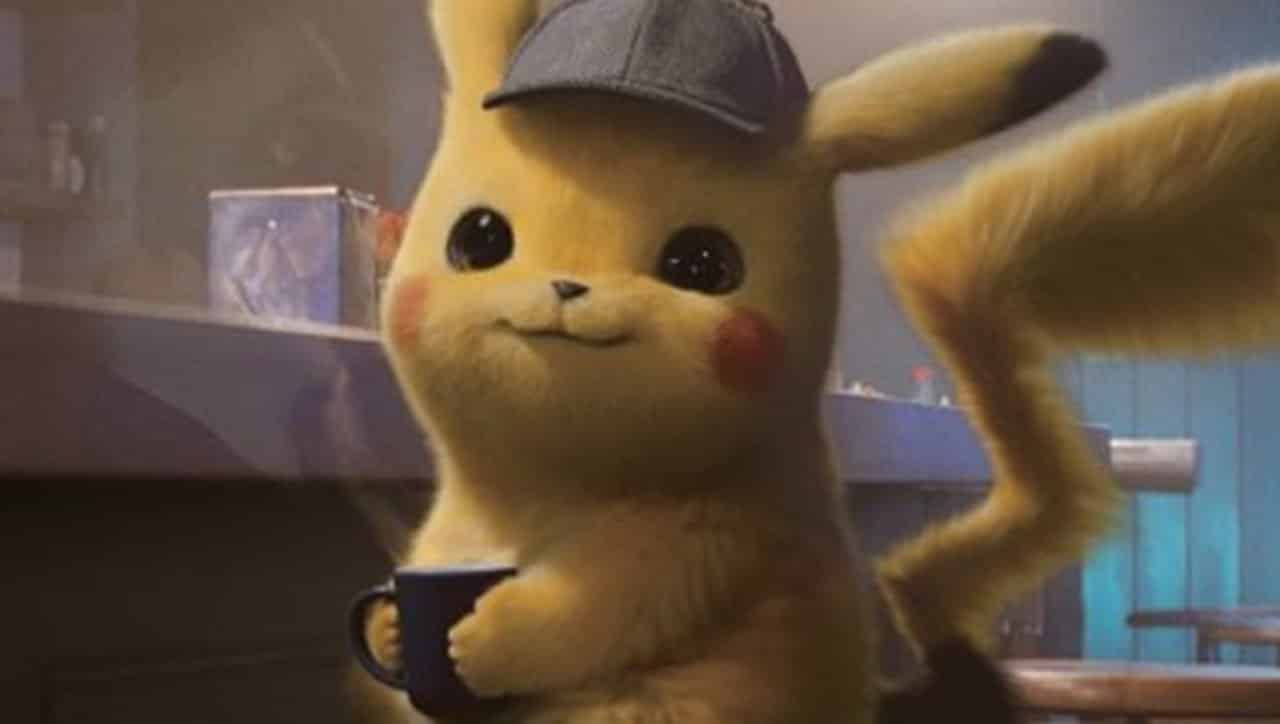 These are just choices!

A couple years back, we had a feature known as Occamsdex. It became something of a crowdsourced community feature in which users would choose their favorite Pokémon or other video game creatures for our one-and-only Occams to describe from the occasionally dark corners of his imagination.

A picture and a name was all we gave him. What resulted we left only for Occams to decide.

And now we begin anew with the new Pokémon movie Detective Pikachu in our sights. Because let’s face it, even if Detective Pikachu turns out to be one of the best video game adaptations to film, some of these CG interpretations of our beloved pocket monsters veer into weird ’90s Muppet territory.

And with that, I’ll hand this post over to Occams! 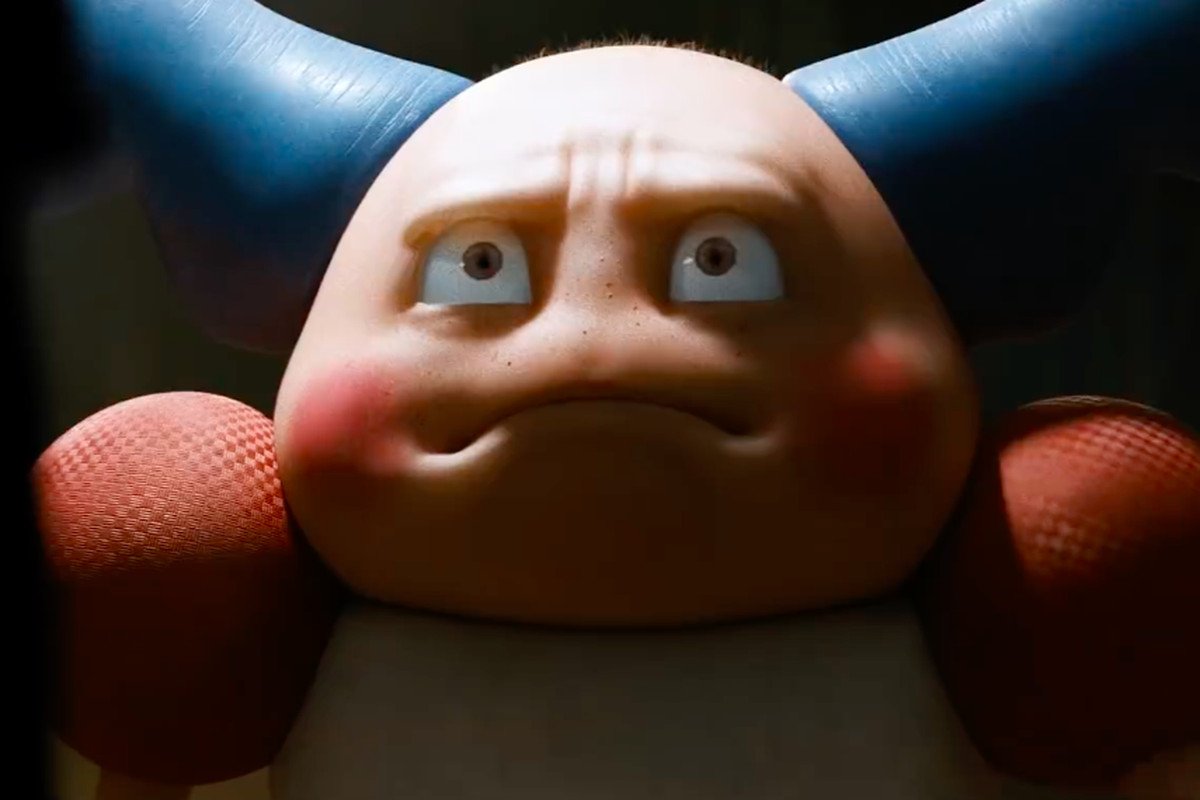 Okay, I don’t know how many of y’all are familiar with Little Nemo in Slumberland by Windsor McCay but this dude looks like he came straight from that strip. Like it’s a clown but it’s got Mega Man shoulder joints and it’s kind of got a plastic body. Then there’s the head. It’s like an old man’s nutsack underwent chemotherapy. And the look on its face is the moment in a horror movie where all the toys reveal they are possessed. 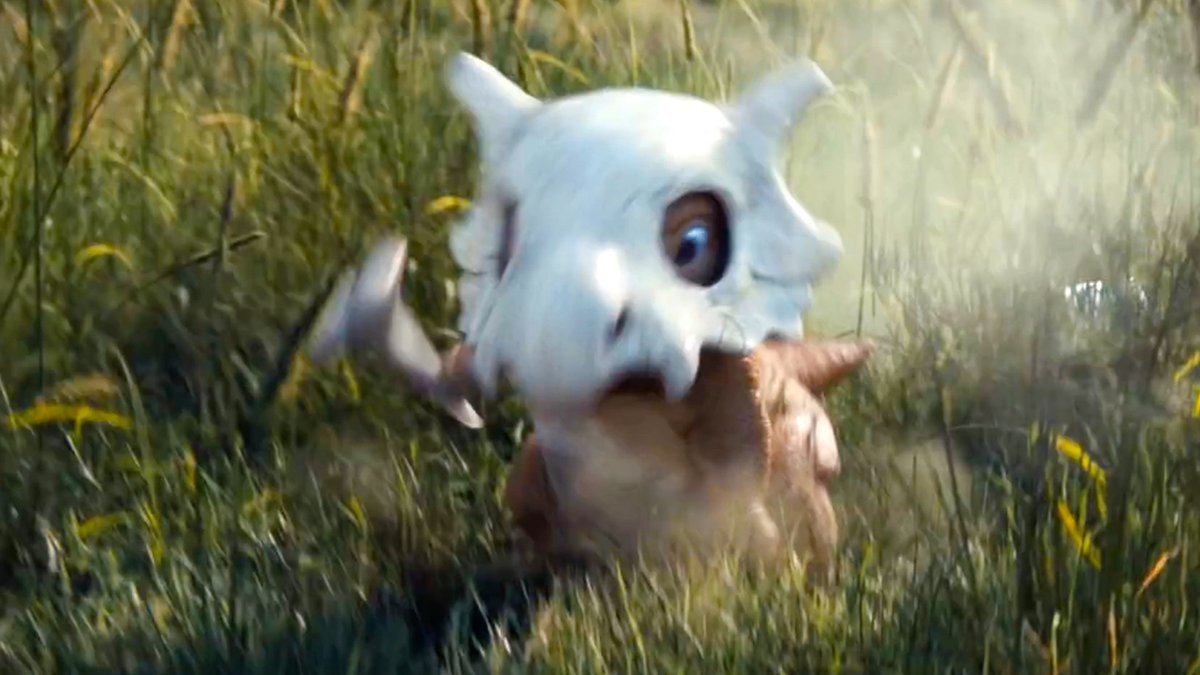 I like that it has accessories. It’s a baby dinosaur who is also a level 2 fighter only instead of goblins, it’s fighting baby squirrels. Do a lot of Pokémon have weapons? This one has it figured out. Like the opening of 2001: A Space Odyssey where that monkey man smashes the bones.

It has that look like the demon from Paranormal Activity fucked a bouncy castle and this thing showed up singing lullabies to nuns having sex dreams.

Look at the texture on that thing. It’s waterproof for all the wrong reasons. What if the body is a decoy and the tongue is the actual creature? I wouldn’t be surprised at that. Is it wearing a bib? Or more accurately, did its skin thicken and lighten into a lesion in the shape of a bib? Yeah, this thing is definitely some kind of demon that targets nuns. Puts the old ancient tickle in their uterus. 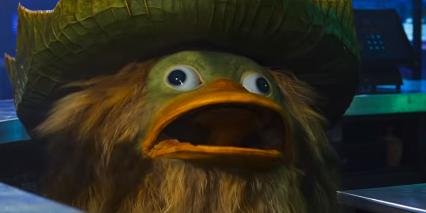 Wow. A lot to unpack here. If you told me that Jeff Dunham was workshopping a puppet called Triple Threat that was racist against Mexicans, anti-semitic, and made fun of people on the spectrum, I’d believe this was it. 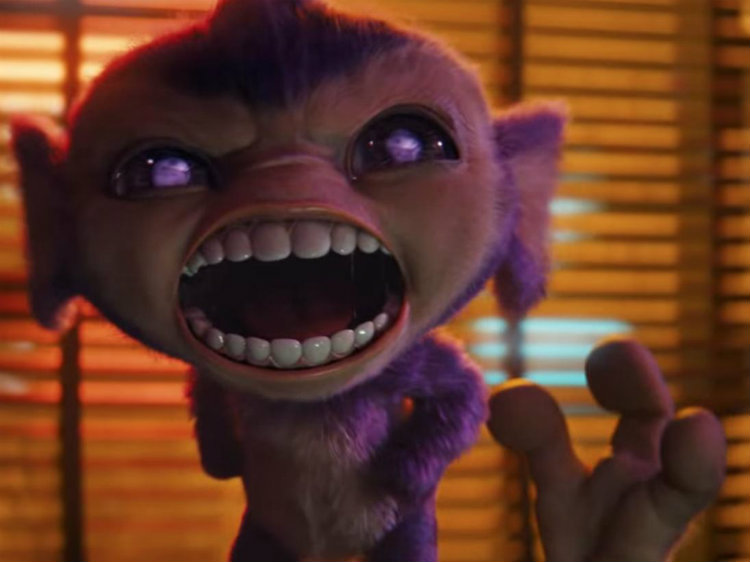 See, this thing looks all scary but I know it’s a sweetie and I’ll tell you why.

Two things: 1) the body proportions mean this thing has no balance. It’s got a Stewie Griffin thing going with its head so even if it ran at me full tilt, it would trip over its giant-ass head. 2) Its teeth are too white. Anything with teeth that white is not a slave to the bloodlust. It doesn’t crave my flesh or want to delight in the anguish of my suffering. This thing is about appearances. It’s all Hot Topic. It’s the greatest hits album.

Nah, you can snarl at me all day Stewie Griffin but I see your shiny-ass teeth. 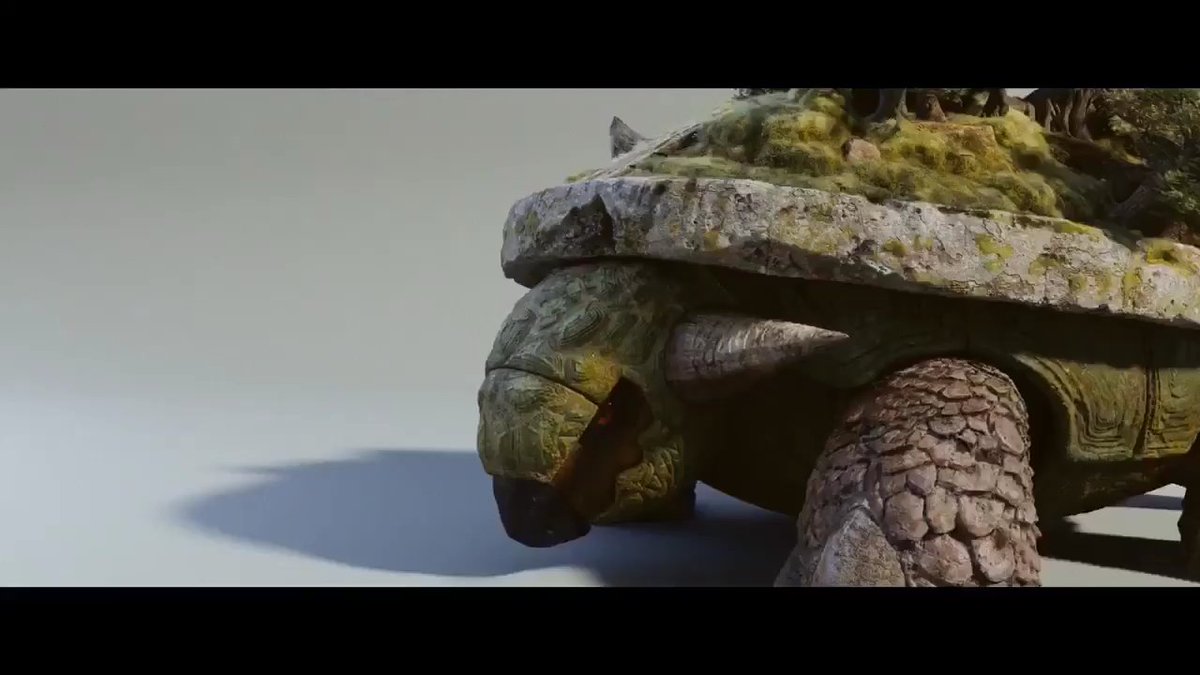 This reminds me of a thing you’d encounter in Dungeons and Dragons and the DM would have it talk and it would sound like Vin Diesel belching inside an empty oil tanker.

Also, I am digging the fierce side-eye it’s throwing at us. Look at that. It’s seen pain. It carries so much more weight than any of us can see. It’s kind of sexy. There’s animal magnetism here. I bet this one pulls. Are those trees on its back? How goddamn big is that thing?

Imagine getting that smoldering glare from an eye the size of a monster truck tire. Well, there’s the opening for my Cthulhu erotica novel. 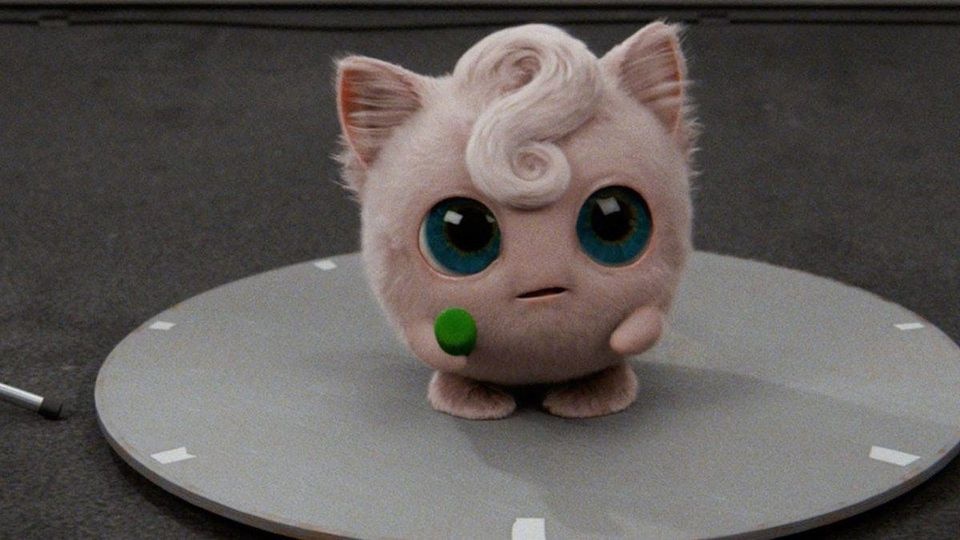 Love that spit curl. Superman and Little Richard don’t have shit on Jiggly. Why is it holding the foam pad to a whack-a-mole stick? I’ve been staring at this thing’s too-blue eyes and it just hit me. I know this creature. I know its spirit: this is JonBenét Ramsey. 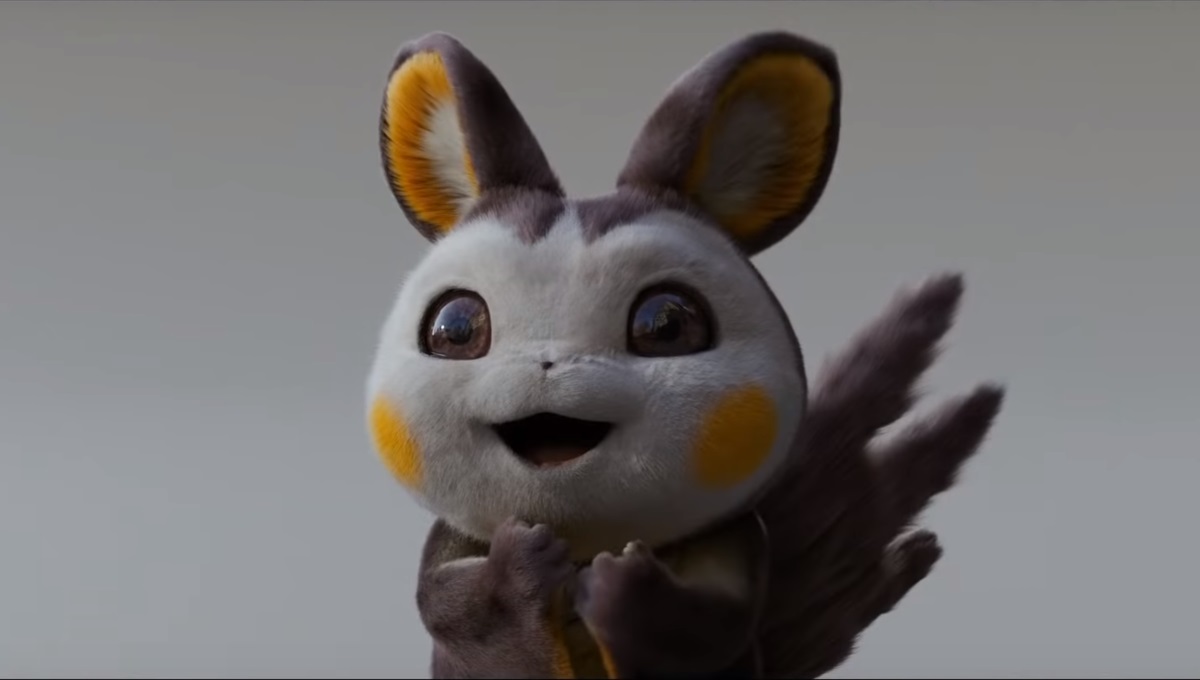 If Chip and Dale (shoutout to the Rescue Rangers!) double stuffed Pikachu, this is what would result. I bet Monterey Jack would film it. He always had that undercurrent of sleaze, like the vein in a really high-quality blue cheese.

I mean, Australian and a mustache? Come on. The only time Monty’s using a condom is to smuggle heroin out of Budapest. 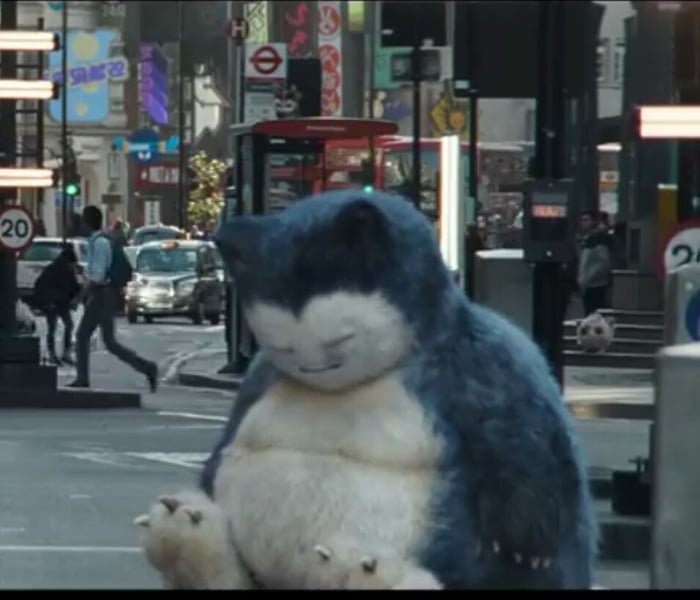 This is the physical embodiment of my desire to nap. Also, if you told me this was a still from an anti-narcolepsy drug commercial, that would track.

Its fur looks dirty though. Oh no, is it homeless? Does Snorlax represent all the homeless people? Dirty and sleeping on the streets. Invisible to everyone because it’s easier to ignore the problem. Out of sight, out of mind. That’s Snorlax, dreaming away the pain while rats make kingdoms under your skin. 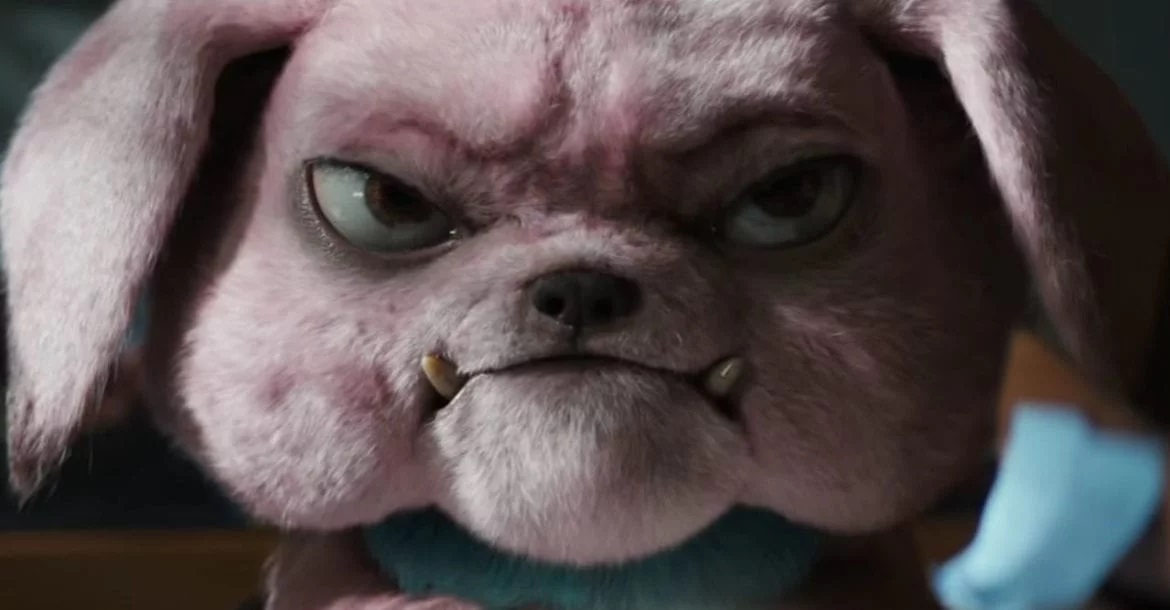 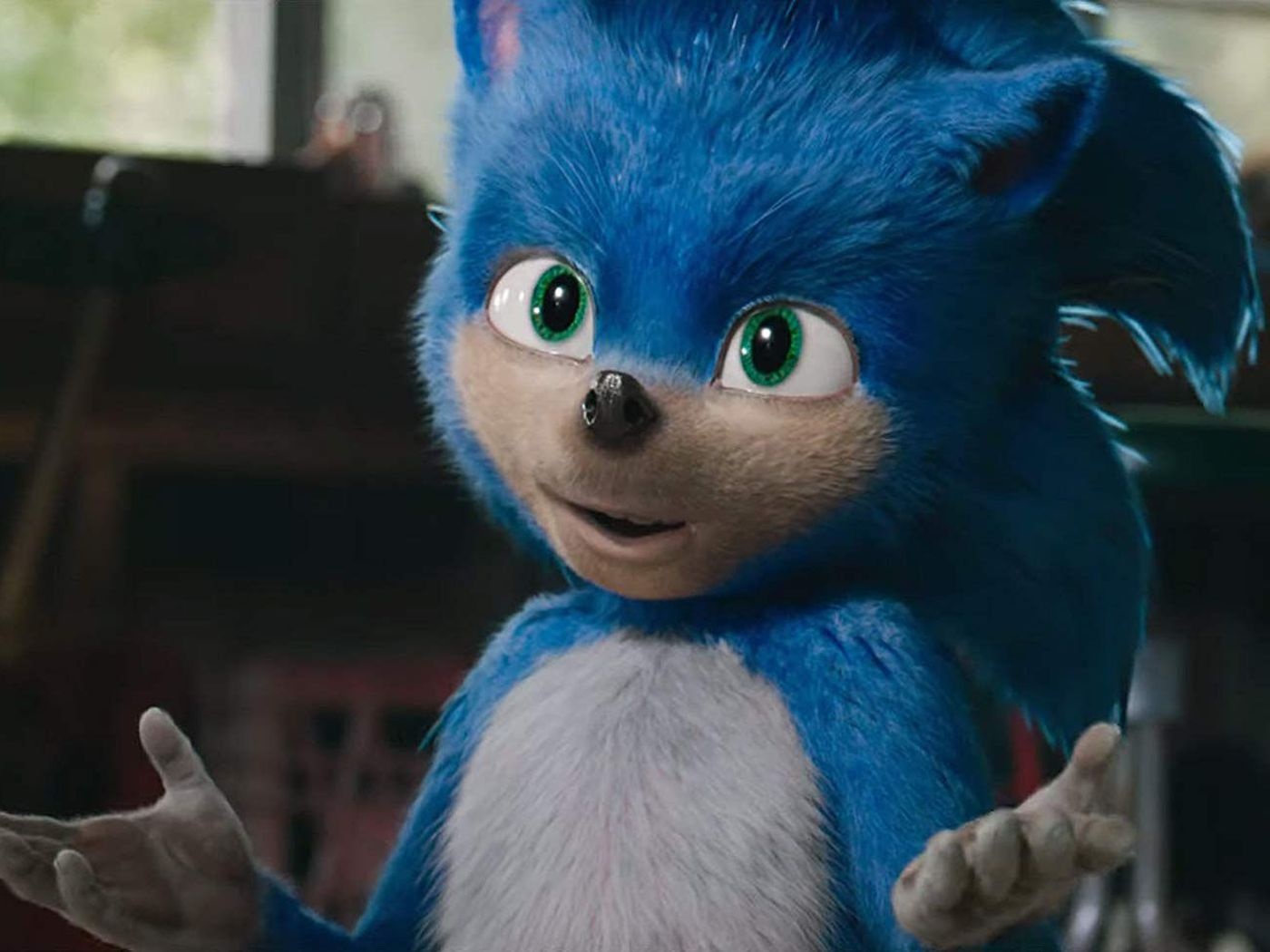 The problem is that this thing has a person face. It’s the 2019 equivalent of the old Clutch Cargo cartoon where they had human mouths over the animated characters. It makes Sonic look like a mistake. Like, not in an internet outrage way but in a “God can be made to bleed” kind of way. Also, people teeth. I said this on Podtoid that you never, ever give cartoons people teeth. Quickest way to make something horrifying. Also, that little Doberman nose… it’s like a desicated grape. You know it can only smell cancer, farts and if a woman is pregnant!