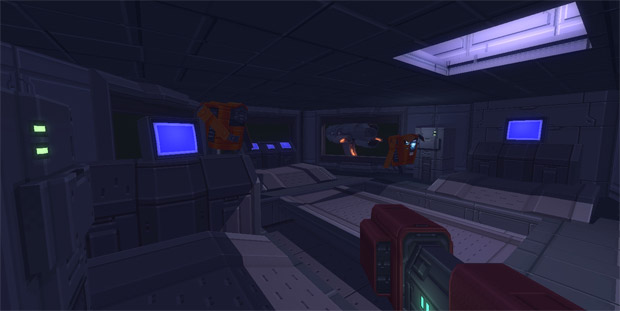 [Update: Notch has shared his thoughts on 0x10c with a blog post. “Turns out, what I love doing is making games,” he wrote. “Not hyping games or trying to sell a lot of copies. I just want to experiment and develop and think and tinker and tweak.”

As for Project Trillek, Notch finds it to be “absolutely amazing. I want to play this game so much, but I am not the right person to make it. Not any more. I’m convinced a new team with less public interest can make a vastly superior game than what I would make.”]

Conceptually, 0x10c sounded like the stuff of dreams. A space game designed by Minecraft‘s Notch and inspired by such things we love as Elite and Firefly, its troubled development has come to an end. Notch had previously said the title had been “put on ice” — that the project just wasn’t coming together — but word has since gotten out that he’s done with 0x10c. Done done.

“There are no future aspirations for 0x10c,” the designer said on a live stream. “If someone else at the office wants to do it, then yeah. But I’m just going to be working on small games for the rest of my life.”

A shame, obviously, but sometimes even good projects need to be cut to make way for great projects. Going back to what I was saying about the game’s strong premise, there is some hope for any of you wanting this kind of spacefaring experience realized.

Fans are working on an open-source game inspired by 0x10c called Project Trillek, which would be astounding were it not for the fact that this isn’t that rare of an occurrence. Actually, it’s still astounding. Follow Trillek‘s development on the official subreddit or on its website.