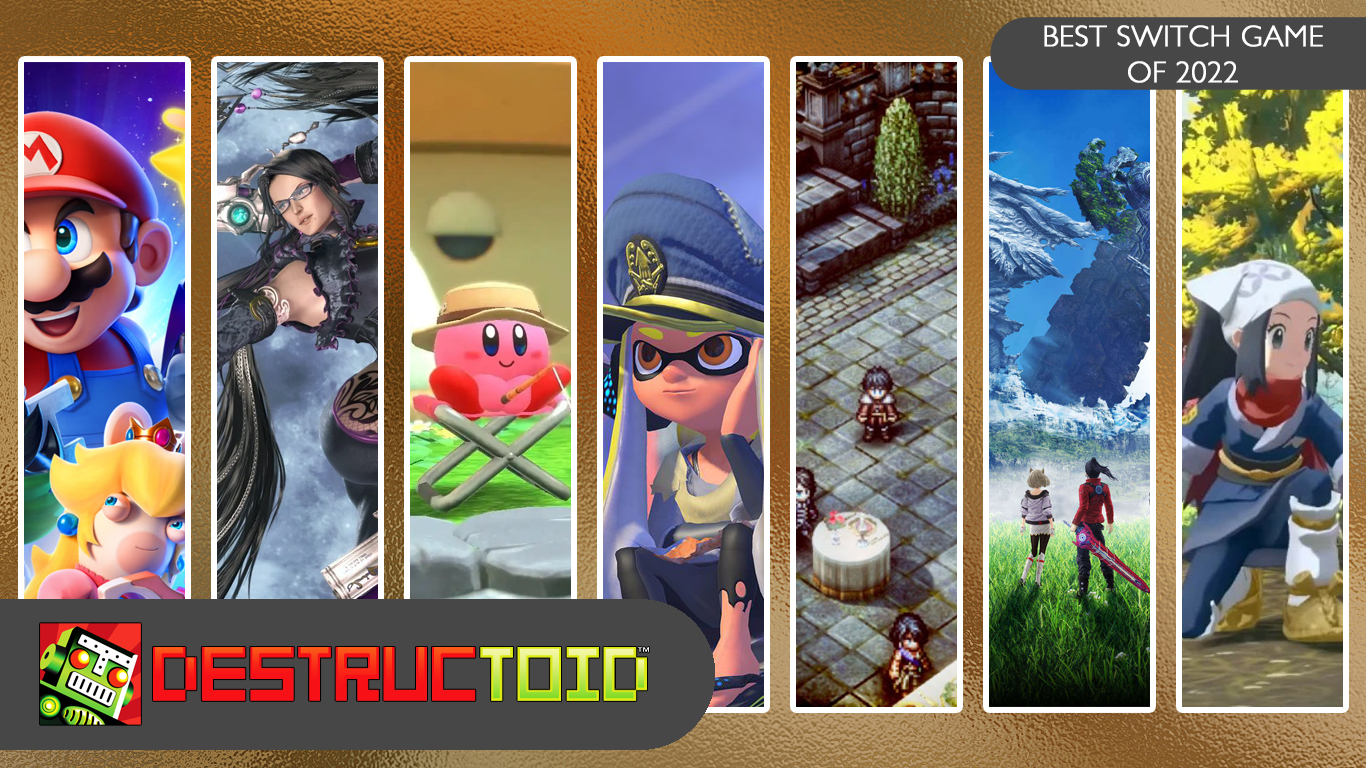 How many Switch consoles do you have at this point?

It was a very good year for the Switch. The console/portable hybrid skyrocketed in sales, landing squarely in the top five all-time listing: directly below the PS4 (though Nintendo is poised to beat that with their next earning’s report). Things are going well for Nintendo, but we also got a ton of great games in 2022.

Bayonetta 3 completely wowed me, and showed me what Platinum Games could really do all over again. Pokemon Legends reinvented the wheel in many respects with the aging Pokemon formula: and outshined a full-on generational release. Triangle Strategy and Kirby and the Forgotten Land reminded us all of the raw sticking power of SRPGs and Kirby respectively.

But Xenoblade Chronicles 3 is one game I really need to shout out here in this post, as Monolith Soft deserves the credit. They’ve consistently been pumping out bangers for years, sometimes completely out of nowhere, and keep delivering. They’re one of the best studios Nintendo has ever hosted in its organization, and the team clearly gets what makes JRPGs special: including strong characterizations and worlds that are easy to get lost in.

It’s studios like Monolith Soft that help Nintendo secure Game of the Year nominees that are actual exclusives, year after year. Without further ado, here are Destructoid’s Switch nominees for 2022.

Here are the nominees for Destructoid’s Best Switch Game of 2022:

Filed under... #Game of the Year#Nintendo#Nintendo Switch