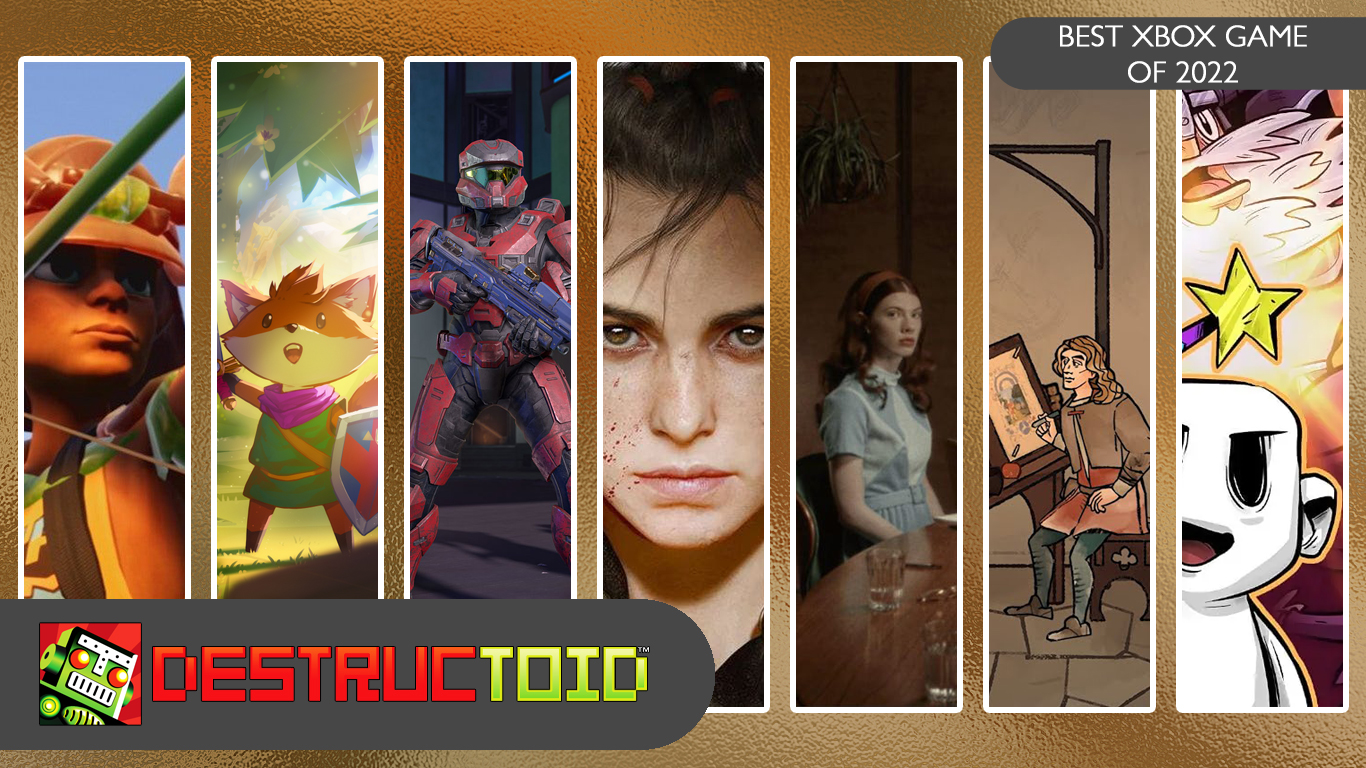 A movie star, a priest, and Master Chief walk into a bar…

The year is coming to a close, and so it’s time to look back at what 2022 held, particularly for Xbox fans. Microsoft had a seemingly quiet year, but this year’s nominees for Destructoid’s best-in-class Xbox games spoke volumes.

As a reminder, our awards season here at Destructoid runs December-to-December. So while Halo Infinite wasn’t eligible last year, it is this year, and it’s likely better off for it. While 343 Industries’ FPS struggled right out of the gate, a series of updates have been gradually turning the narrative around. The recent Forge beta and quality-of-life improvements are starting to make Infinite feel a bit more like what folks might have hoped for at launch, and so it’s worth noting that.

Obsidian wound up being the standard-bearer for Microsoft’s first-party efforts in 2022, with not one but two games making our nominations. The first, Grounded, launched out of Early Access, and those at the site who checked it out really dug Obsidian’s take on co-op survival in a backyard world. Pentiment, meanwhile, is a passion project with some stellar art, direction, and writing. It captures life in the 16th century through a thrilling, emotional tale of art and legacy.

Of course, Xbox these days isn’t just about the first-party offerings. Xbox Game Pass had some stellar games arrive on the service, and the rest of our list shows that, as they’ve all been on Xbox Game Pass this year. We start with Nobody Saves the World, an early 2022 hit from Guacamelee developer Drinkbox that we dug and didn’t want to see fall out of our collective recollection come GOTY season. It’s colorful, inventive, and its transformations are a blast to mix and match.

Tunic barely needs an introduction, as it seemed to capture many hearts and minds over the last few years. Underneath a cute action game was a FEZ-like puzzle waiting to be solved. I also just like a game that has a manual in it, okay? The latest from Sam Barlow and the Half Mermaid crew, Immortality, is one of the more innovative games on this list. The way it turned racking and reeling footage, like you were using an old film machine, to tell a spooky and resonant story about creation and art has stuck with me, months after I rolled credits. It’s also, in my humble opinion, a game you absolutely have to play using a controller.

The many, many rodents of A Plague Tale: Requiem close out our Xbox ballot. It’s a gorgeous, emotional adventure, and as our review details, it shows how Asobo Studio has found a strong beat in this tale of two beleaguered siblings. Check out the official ballot below, and come back later this month to see who takes the top prize.

Here are the nominees for Destructoid’s Best Xbox Game of 2022: