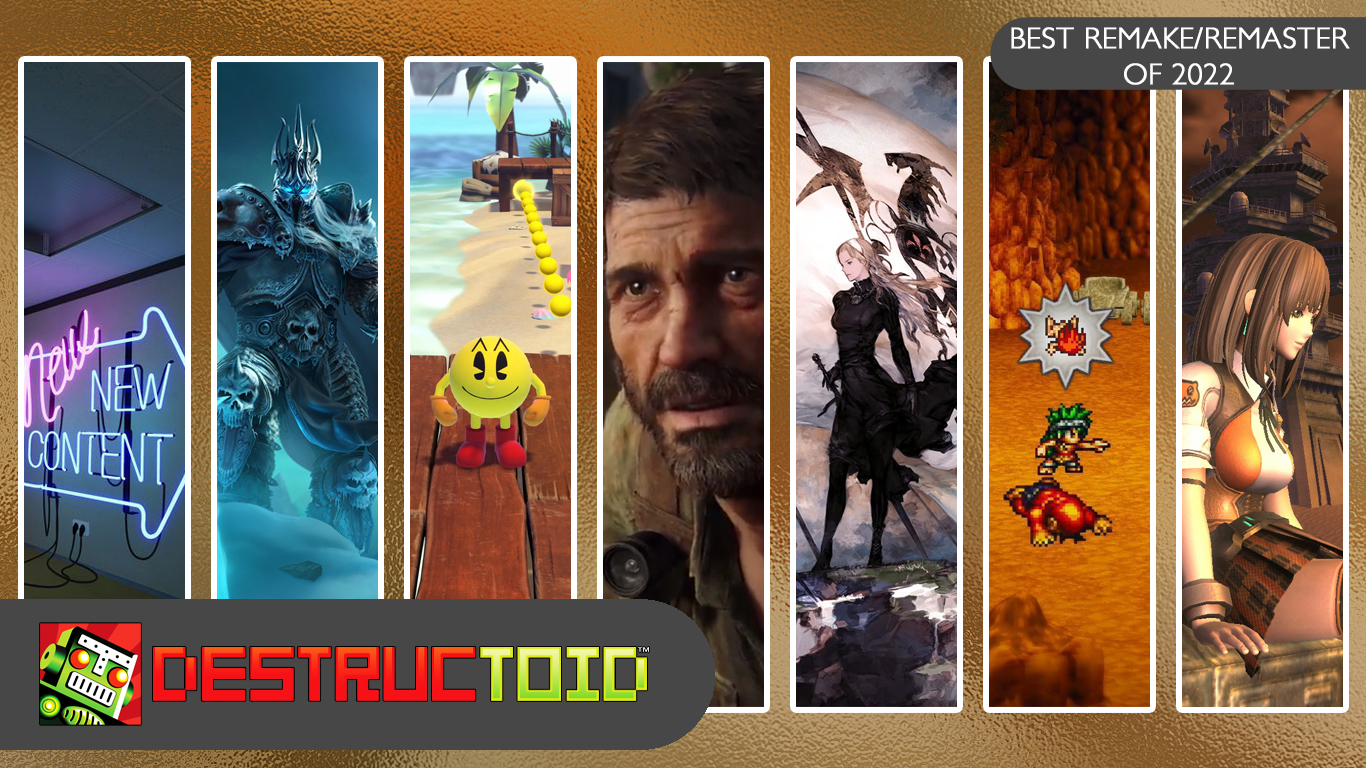 If you haven’t played it, it’s new to you

One might assume that the dawning of a new gaming generation would essentially bring an end to the flurry of remasters and remakes that we saw flood the market in the most recent decade. But of course not. Much like the film industry, the concept of taking a second pass at some beloved (and even not-so-beloved classics) is clearly here to stay — with no sign from the cash registers that it isn’t still a hugely lucrative endeavor.

2022 contained two very extreme examples of the remaster/remake concept, namely in the form of Square Enix sliding-door RPG Live a Live and Naughty Dog’s The Last of Us Part I. On one hand, we had a long-lost RPG dating back to 1994 and Nintendo’s Super Famicom, while on the other we had a remake of a game less than 10 years old — one that had already been remastered at that.

It will be interesting to see how blurry the lines become in regards to how long is “long enough”? And while I have zero problem with the concept of remakes and remasters per se, it’s worth raising an eyebrow at the idea that each new generation of hardware immediately requires the re-establishment of the previous generation’s best-selling games. Not franchises. Games. Time — and the creativity of the next wave of studios, developers, and players — will tell.