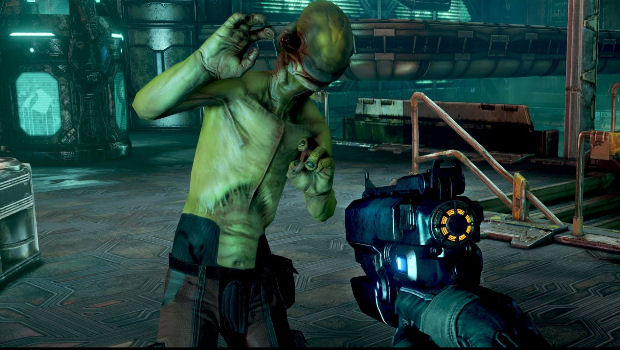 Sick of QTEs in your videogames? You’ll be glad to know that the incredibly promising Prey 2 will not be featuring any of them. This assurance comes via director Chris Rhinehart, who quite firmly said, “We do not have any quick-time events.”

The game will also lack the kind of vehicular sections we saw in the original Prey: “Prey 2 doesn’t feature vehicles … at least none that you can drive. There are vehicles throughout the world, but the player’s interaction with them is based around Killian’s movement skills… such as when Killian leaps onto the trains to capture a fleeing target.”

I’m very excited to see more of Prey 2. Promises of train roof chase sequences do nothing to dampen my eagerness, either.