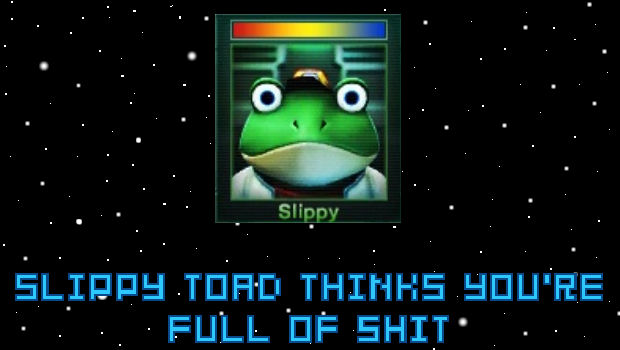 Those who bought a Nintendo 3DS may wonder why their system — which perfectly allows for online gaming — hasn’t got any online games. Crucially, they may wonder why a multiplayer-focused release like Star Fox 64 3D is local only. Well, apparently the most profitable company of this generation didn’t have time and couldn’t afford a multiplayer feature.

As is typical of a Nintendo rep, Yusuke Amano tried to make it look like an altruistic decision, claiming they wanted it to be far too amazing, thus too expensive: “… Just making multiplayer parts of existing games playable online isn’t enough to create a satisfying experience for users. The popular online games work in lots of things, so they play well online – and if we wanted to satisfy everyone who bought the game, the costs required for including online support would be vast.

“For this project what we needed to do was use Star Fox to provide users with a game that shows the appeal of Nintendo 3DS as quickly as possible. We put a lot of effort into the graphics, and if we had included online support then we couldn’t have reached this level in the time allowed.”

So, they rushed out the game as a glorified tech demo and didn’t want to spend the cash to make it truly outstanding. That’s pretty much what he just said. So yet again, my 3DS’ online capabilities currently exist only so I can disappoint myself every Thursday morning by seeing what shit they vomit onto the eShop that week.

Seriously, what a crap excuse.