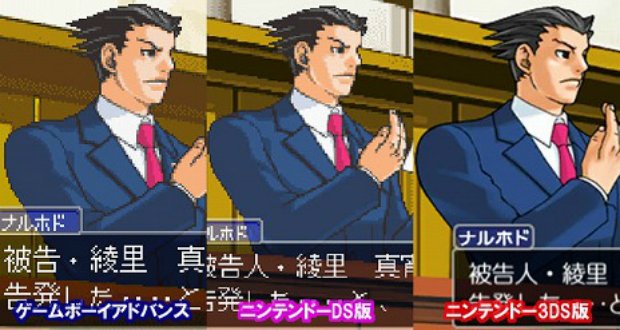 HOLD IT! close to your eyes and look at the difference

Capcom has announced that Ace Attorney 123: Wright Selection will be releasing for the 3DS on April 17 in Japan. Japanese site 4Gamer.net has taken the liberty to compare the original Game Boy Advance screens (left), the updated DS screens (middle), and the brand new 3DS screens (right). Lookin’ good in your new threads, Nick.

There is still no official word on a Western release. Hopefully they release it at least through the eShop, so I can re-experience the best Ace Attorney game with these silky smooth graphics.