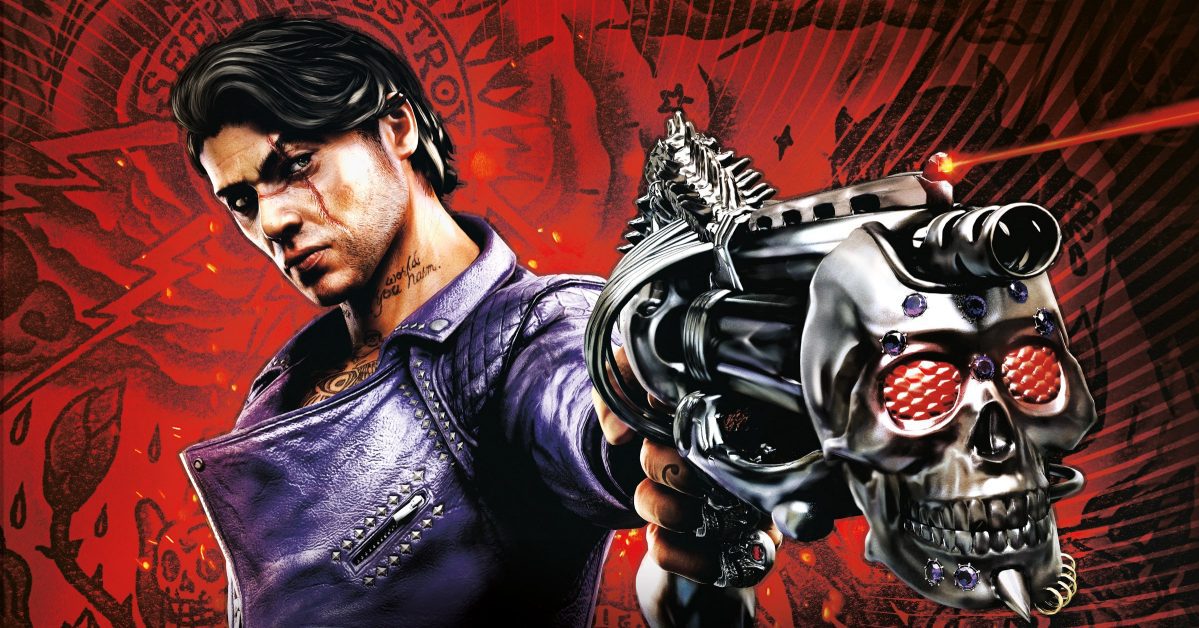 In a massive interview with The Gamer, Suda51 revealed that he and the team at Grasshopper Manufacture had to leave about an hour of No More Heroes 3 cutscenes on the cutting room floor. For Suda fans, that’s nothing short of heartbreaking. It’s also not surprising. The game turned out great in the end, but there are a lot of times when a new character suddenly pops in, makes a big deal out of themselves, then disappears just as quickly. It’s easy to want and expect more. As it turns out, Suda felt the same way.

I can’t say more without mentioning big No More Heroes 3 spoilers, so consider yourself warned.

Out of all the bosses in No More Heroes 3, Midori Midorikawa was the one diehard Suda fans were most excited for. She made her debut in a comic that came with The Silver Case 2425,  the recent re-release of Grasshopper’s first game and its direct sequel. There we learn she’s a regular schoolgirl who suddenly discovers she can kill people without really trying. That’s about all we find out. In No More Heroes 3, she fights Travis before befriending him. She also reveals that she is an alien, that she was in a space jail called “Blackhole Prison” along with FU and the rest of his cronies, and that she is dating New Type Kamui; some sort of new iteration of the central character of The Silver Case. It turns out that he’s already friends with Travis, and better yet, he’s also become one of the most powerful beings on the planet. Kamui’s good guy attitude and God-like powers go a long way to encourage Midori and Travis to make nice.

And that’s pretty much all you find out about her. 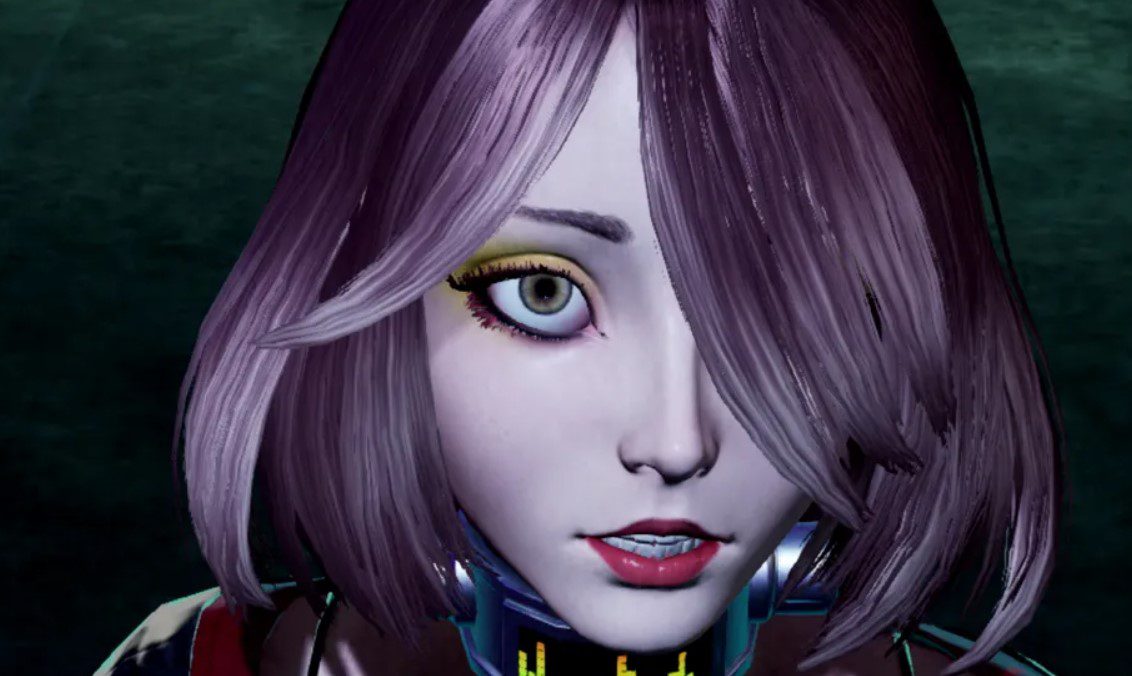 In the interview, Suda reveals that in the original script, Travis dies (!), and “…he ends up getting sent off to a place called Blackhole Prison, and in this prison, Travis meets another prisoner named Fleming. Fleming and Travis end up fighting, and after the battle, they talk things out, and it’s revealed that Fleming is not only a character from the Shadows of the Damned, but he’s also Midori Midorikawa’s father. There was another entire scenario that was going to go over this, but due to time and budget constraints, we ended up having to cut out the entire thing.”

Here’s some context on why that’s so huge.

In Travis Strikes Again, the game that came directly before No More Heroes 3, it’s revealed that Shadows of the Damned is a game within the game. When Travis enters the game’s sequel, Damned: Dark Knight, he finds out what happens to Garcia and Johnson from Shadows of the Damned. It’s here where we first start to get the idea that in the No More Heroes games, the afterlife is just a different video game. I mean, in the Damned: Dark Knight level, Travis is essentially in hell, and what is hell if not the ultimate prison?

Do you see where I’m going with this? 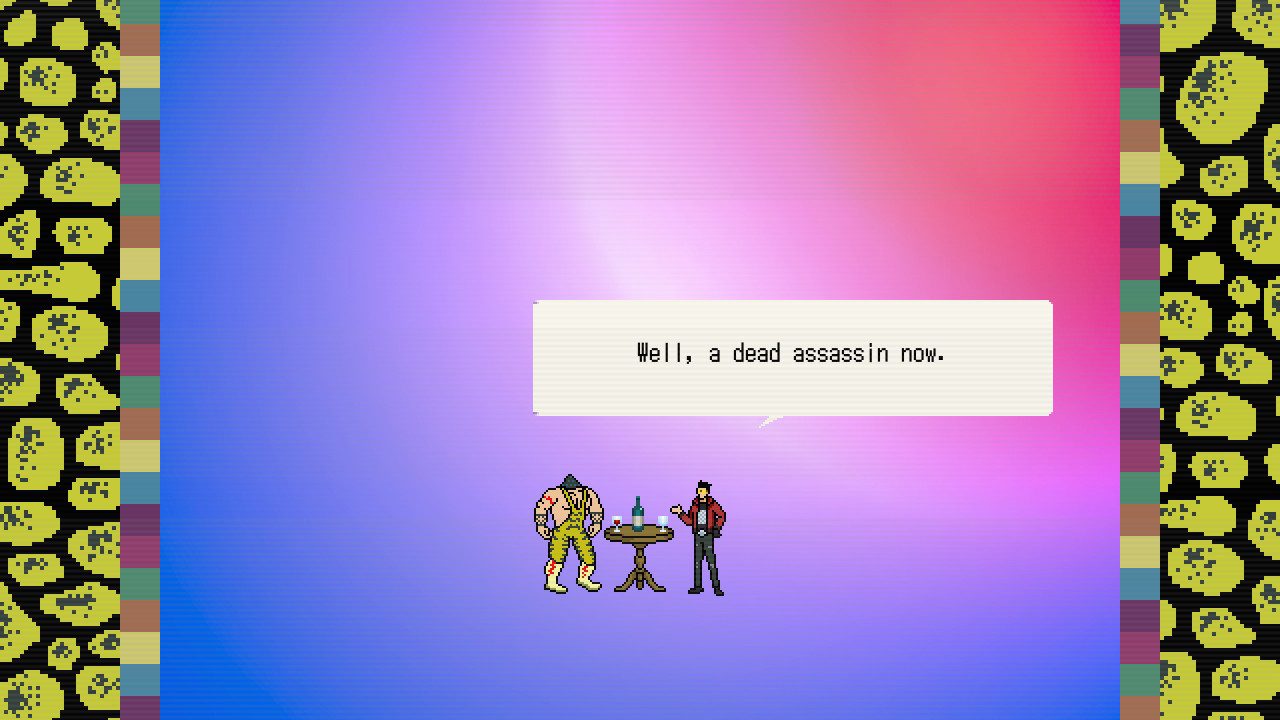 Later in Travis Strikes Again, Travis says goodbye to his physical body completely and becomes a pixel art character on Mars. He is offered the opportunity to live there forever but instead elects to return to his body, and the only way to get back to it is to be beheaded. Without getting into detail, let’s just say something extremely similar happens in No More Heroes 3, and while it’s not explained how it all works, it sure as heck looks like Travis has the power to use video games to resurrect himself. And maybe Flemming Whatshisface (yes, that’s his actual name) also has this power? Is that how he got out of his own game and into the space jail of the No More Heroes world? Or is Blackhole Prison just another part of Shadows of the Damned‘s Hellscape?

Maybe we’ll get to find out. By all accounts, No More Heroes 3 is selling pretty well. At $60, it’s #7 on the eShop charts and has been hanging around there since it launched on August 27. Travis Strikes Again did not do those kinds of numbers and it still ended up getting two DLC packs. If No More Heroes 3 gets the same treatment, and one of the packs is about battling Flemming in space, I’ll buy it on day one.

Or maybe Suda is planning a full-sized Shadows of the Damned sequel starring Midori and her dad? Does Grasshopper own the rights to the Intellectual Property again?

As always with Suda’s games, we’re left with more questions than answers, but I wouldn’t have it any other way.