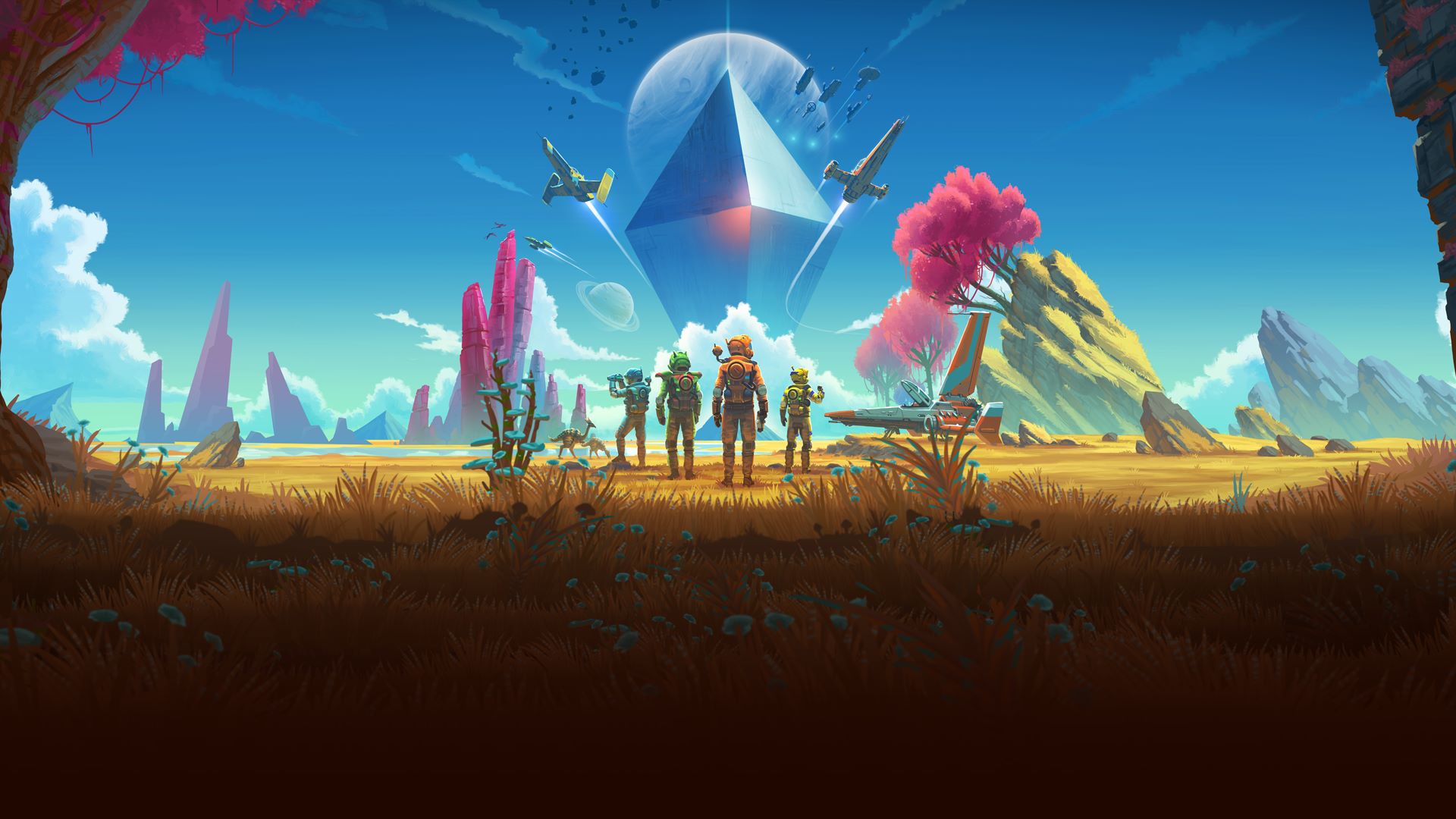 Set to blast off on August 14

No Man’s Sky is turning into one big party. Grab your spacesuit, your VR helmet, and a sixer of moon juice.

In what Hello Games is calling its biggest update yet, No Man’s Sky is adding functionality and features that will make it a more robust game. The addition with the most widespread appeal is an overhaul to the approach to multiplayer. Last year, No Man’s Sky implemented synchronous four-player co-op. This year, it’s dabbling in MMO tendencies, as Hello Games says “An expanded online experience will bring a radical new social and multiplayer experience which empowers players everywhere in the universe to meet and play together.”

More niche (but nevertheless very cool) is the support for VR. All current No Man’s Sky content will be playable on Oculus Rift, Vive, and PSVR. It’s not a separate experience. Further, cooperative parties can co-mingle, meaning it’s possible to play in VR alongside your non-VR friends.

All of this is coming sooner rather than later. The free “Beyond” update is scheduled to release on August 14 on PC, PS4, and Xbox One.