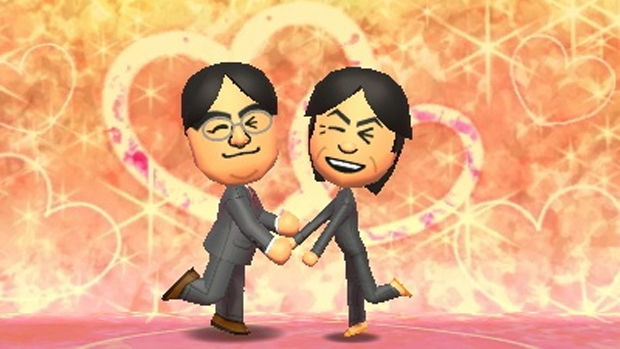 About what you’d expect, really

Nintendo’s bizarre life simulation game Tomodachi Life has got to be one of my most anticipated 3DS titles right now. It’s just so delightfully weird. Don’t take it from me, though — watch the Tomodachi Life Direct presentation and ensuing .gif stream, if you haven’t done so already.

Anyway, some fans are pushing for Nintendo to allow same-sex relationships within the game, which is a reasonable enough request, I think — something for the company to consider going forward (this is a localized port of Japan’s Tomodachi Collection: New Life), if nothing else.

“Nintendo never intended to make any form of social commentary with the launch of Tomodachi Life,” Nintendo of America said in a statement to the AP. “The relationship options in the game represent a playful alternate world rather than a real-life simulation. We hope that all of our fans will see that Tomodachi Life was intended to be a whimsical and quirky game, and that we were absolutely not trying to provide social commentary.”

Responding to the #Miiquality fan campaign specifically, Nintendo said “We have heard and thoughtfully considered all the responses. We will continue to listen and think about the feedback. We’re using this as an opportunity to better understand our consumers and their expectations of us at all levels of the organization.”

The game with this in it:

…won’t just go ahead and let my character marry a dude. What?!