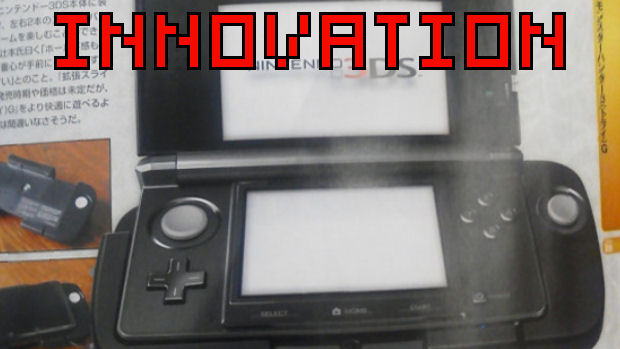 With the announcement of the extra 3DS nub add-on, Nintendo has worked out a way to patch consoles. We thought you could only do that with software, but once again, the game industry’s disruptive force has shown us something we never thought possible.

Just when you thought the patch culture that’s grown up around this generation’s games couldn’t get sillier, it’s now happening with hardware, and gamers get to pay for the privilege! It seems that rushing out a product to meet deadlines and then fixing it later isn’t just for games, and since Nintendo can charge for this update, it’s even more awesome.

So congratulations again to Nintendo, for its amazing innovations in the field of handheld gaming and its contributions toward making this industry a sloppier, lazier place … because it really needed help in that department!