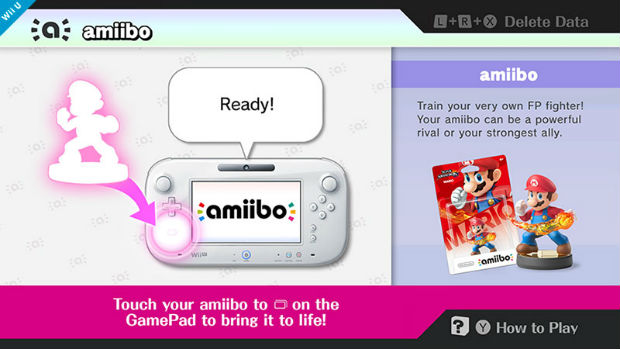 Once again Sakurai is hard at work hyping up the Wii U release of Super Smash Bros., which we now know will drop in November. The newest Miiverse post involves the amiibo toys, showing us a screen of what the in-game interface will look like.

Instead of just transporting the toys into the game, there will be a small little cutscene showing a “Figure Player” transformation, which involves a cute little trophy like those typically seen in the series.