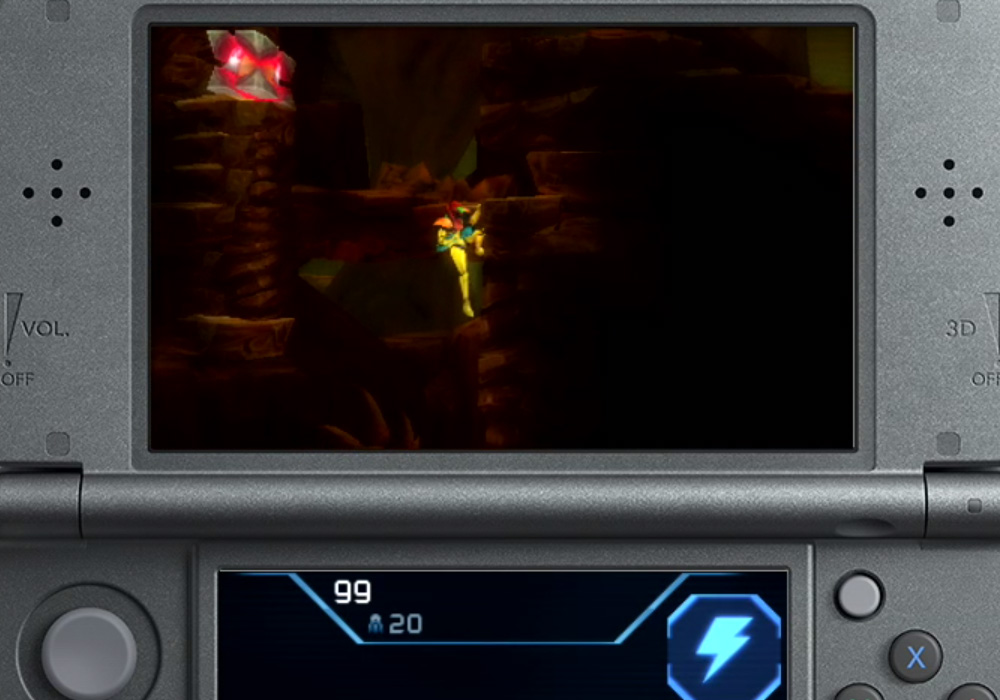 [Update: The lead developer of AM2R has responded to the announcement.]

Nintendo wasn’t kidding when it said it had more “surprises” after their big Spotlight presentation. In addition to three new amiibo, they also showed off Metroid: Samus Returns, a remake of the second Game Boy Metroid game. Now we know why they were so pissed at the fan remake AM2R.

Developed with MercurySteam (and with Yoshio Sakamoto overseeing the project), it’ll feature 360 degree aiming, a 3D art style (not pixel art), and a melee counter system. Special Metroid: Samus Returns powers were shown — one  of which is a scan pulse that reveals hidden areas. Players can also pin portions of the map using the 3DS’ bottom screen.