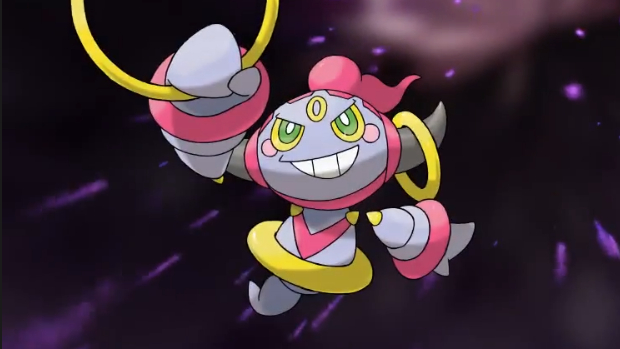 Pokémon‘s newest creature, Hoopa, will debut in the newest film, set for a western release later this year on Cartoon Network. Hoopa Unbound, revealed just today, will be featured as its more imposing form. It’s a psychic and dark type Pokémon, and its rings “have the power to bend dimensions.”

Nintendo is continuing to be cheeky about how you actually obtain said Pokémon, but it seems to still be related to Pokémon Omega Ruby and Pokémon Alpha Sapphire​.