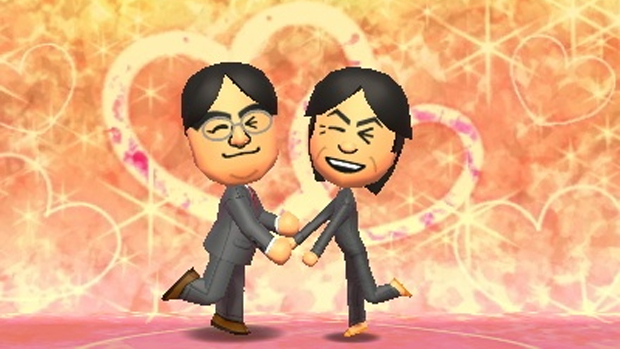 Nintendo is patching a “bug” in Tomodachi Collection: New Life that allows male characters to date, marry, and even raise children with one another. The company has announced an update will fix “human relationships that become strange” in its 3DS. Problems with booting up, saving, and various other issues are also being addressed.

Tomodachi Collection: New Life has spent the last few weeks dominating Japanese sales charts, shifting over 750,000 units to date. Regardless of the intentions behind the patch, it’s certain to disappoint more than a few fans. Many were excited by the bug’s presence, hoping Nintendo would either ignore it or extend the same liberties to female characters.