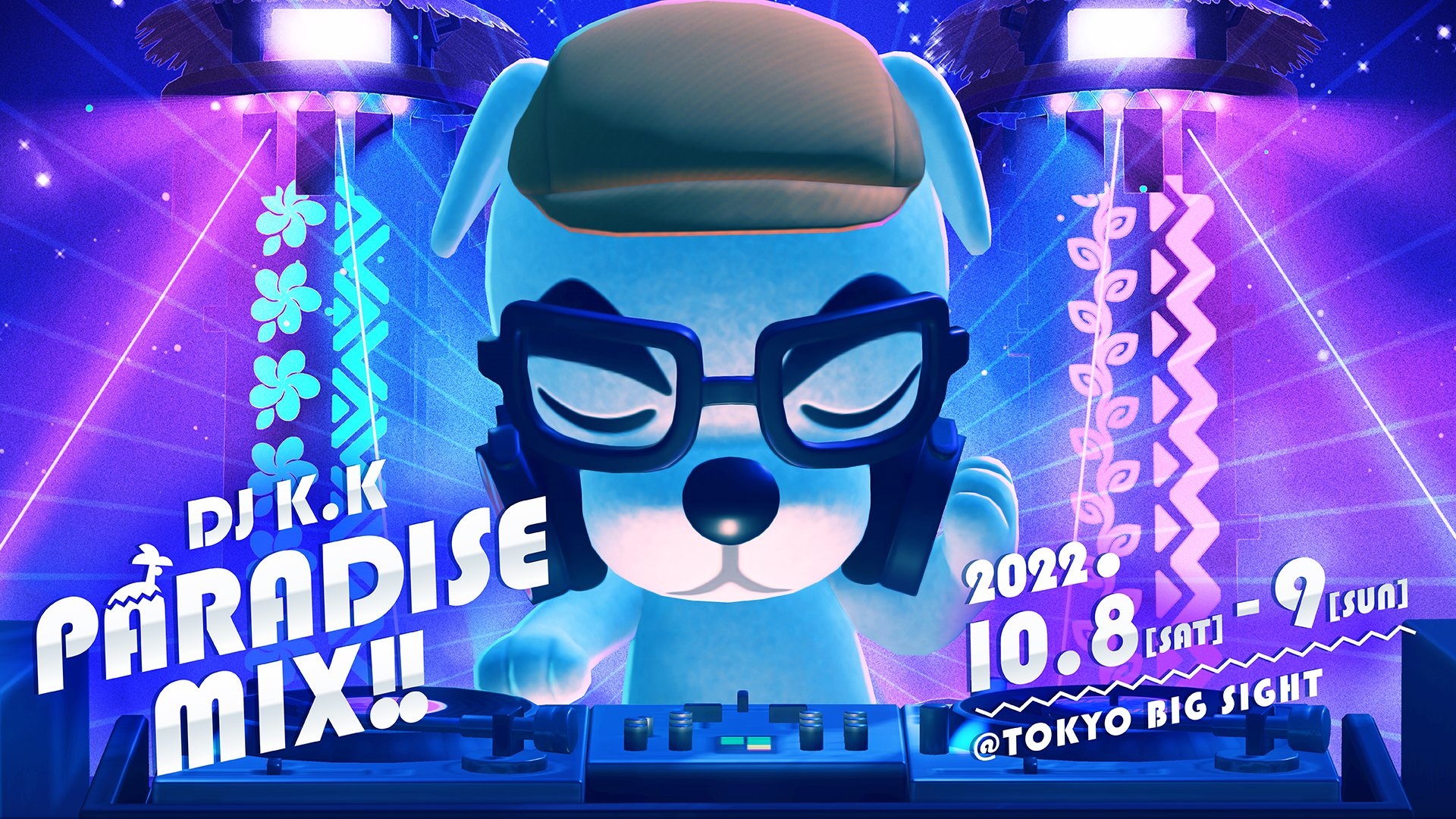 With Splatoon and Animal Crossing in the mix

As announced on Twitter, there will be several Nintendo concerts going on this month: specifically kicking off on October 10 at 11:00 CEST (5AM ET).

While details are slim, we do know that the digital concerts will feature the DJ K.K. [Slider] Animal Crossing: New Horizons Paradise Mix and Splatoon 3 Deep Cut performances. Based on the YouTube description, the concert is scheduled to go on for roughly one hour. To be clear, Nintendo has clarified that “both performances will be in Japanese without localized subtitles.” You may recall that Nintendo has done various forms of K.K. Slider and Splatoon idol performances in the past, so this is mainly continuing that trend.

It’s good to see Animal Crossing back in the fold in some form, as the great rush of billions of amiibo figures/cards seems to be at an end, alongside of major New Horizons updates. Splatoon 3 of course just came out, and alongside of regular free updates and Splatfests, will have a nice little footprint going into the holiday season.

It’s also a nice way to see the newest Splatoon trio in action, given how popular the past characters have been!