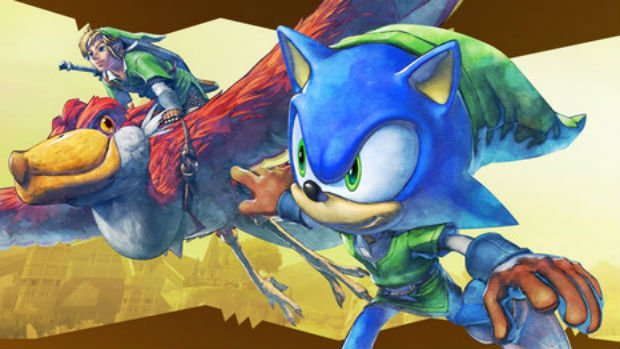 As a kid who grew up with both Nintendo and Sega consoles, never in my wildest dreams did I imagine a crossover, but here we are with Wii U Sonic Lost World DLC in the form of The Legend of Zelda Zone. Expect impressions later today! The Wii U is also getting Dr. Mario, as well as My Style Studio: Hair Salon, and an Ubisoft game sale.

On the 3DS side we have Clu Clu Land (which was already on the Wii U), as well as My Style Studio: Hair Salon, Skater Cat, I am an Air Traffic Controller Airport Hero Hawaii (haha, what?), Cube Tactics, and I am in the movie.

As for what I’m getting, nothing but free Zelda DLC for me!