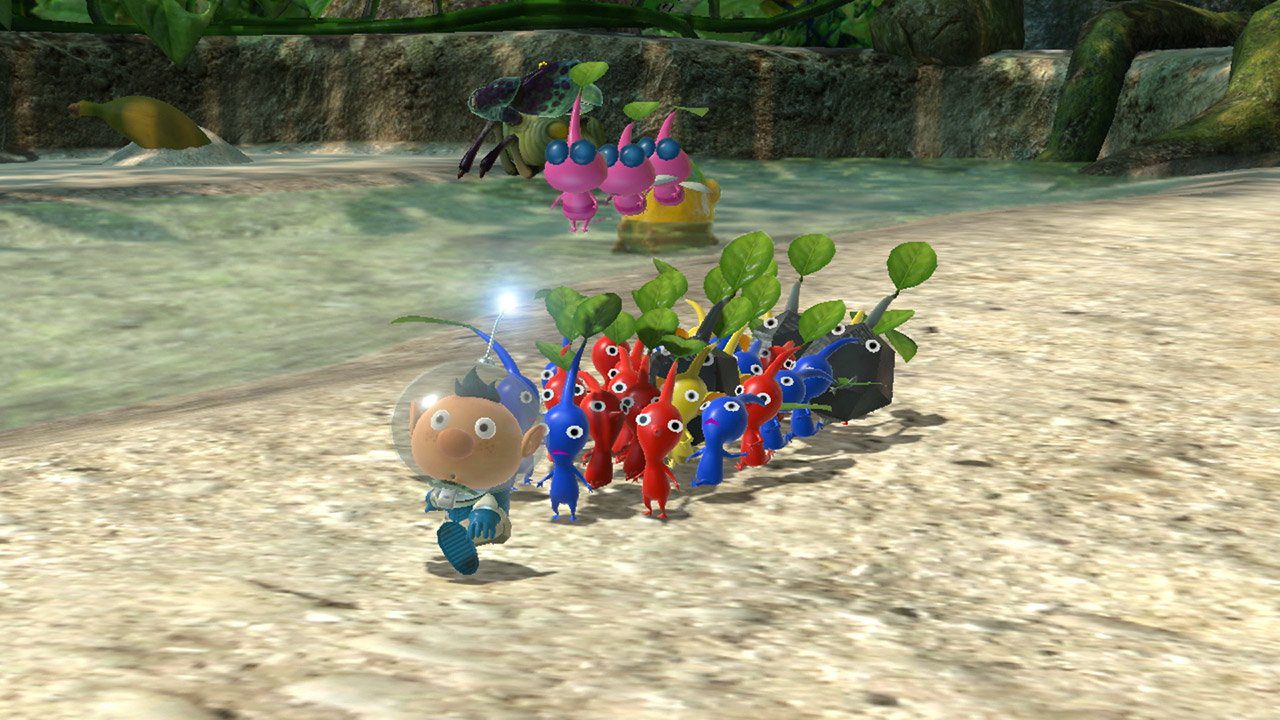 Pikmin is back! In Switch form!

Alas, Pikmin 3 is the latest game to get an update on the Switch, as Nintendo tries to move every single game possible from the Wii U to their newer, successful system. Not “more successful,” mind. Just successful. Poor Wii U! I still have mine hooked up and play it. There are some things it just did better than the Switch, but I know I’m alone on my U-shaped island here.

Outside of Pikmin 3 Deluxe, there’s a few other big releases this week on Switch. Part Time UFO makes the full-time move out of the mobile arena, with Control Ultimate Edition hitting the Switch in the form of a cloud edition. No More Heroes 1+2 are also both out now, as well as Jurassic World Evolution: Complete Edition. WayForward’s Bakugan game is coming on November 3.