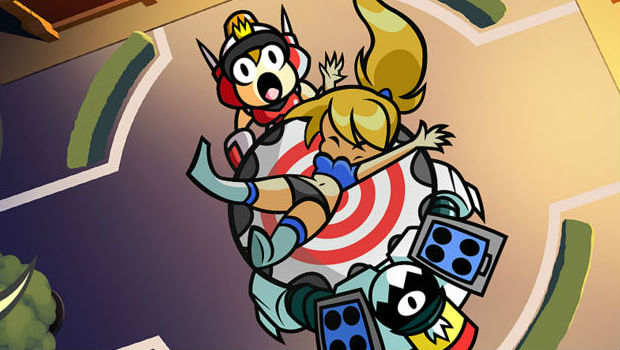 Mighty Switch Force! 2 for the Wii U headlines this week’s Nintendo Download, as the only original eShop game on offer. Sadly, unlike Mighty Switch Force!: Hyper Drive Edition which was a complete re-work of the game with extras, this release is apparently a re-tooling of the 3DS original to a 16:9 ratio. On the Virtual Console side, Urban Champion and Clu Clu Land are out. Just Dance Kids 2014 and Deus: Ex Human Revolution Director’s Cut join the eShop on the 22nd.

The 3DS is a little less exciting, but that’s more than okay when you have Pokemon to play. On the eShop front we have Brunch Panic, Snow Moto Racing 3D, 101 Penguin Pets 3D, My Vet Practice 3D – In the Country, and Hulu Plus. Retail downloads include Hometown Story on October 22nd, and Jewel Master: Cradle of Rome 2. The 3DS Virtual Console is getting Pinball: Revenge of the Gator.

As for what I’m getting, most likely nothing — I just wish the Mighty Switch Force! 2 port was a Hyper Drive joint.