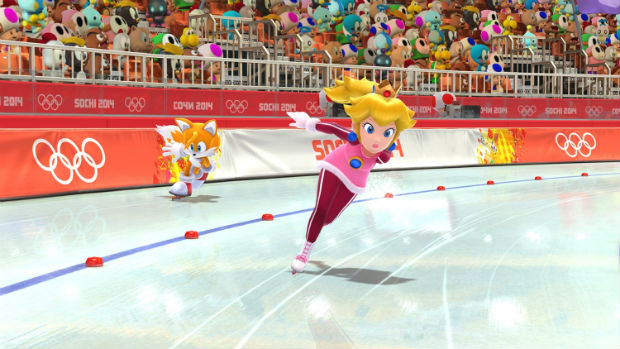 There’s a ton of variety this week on Nintendo plaforms on both the 3DS and Wii U. For the latter, we have Uncharted Waters: New Horizons on the Virtual Console, as well as Mario & Sonic at the Sochi 2014 Olympic Winter Games, Zuma Fitness World Party, Adventure Time, Hot Wheels: World’s Best Driver, and Barbie Dreamhouse Party. Zelda I and II are on sale as well, at $3.49 each, and Sonic Lost World gets a free demo.

On the digital download 3DS side there’s Adventure Time, Hot Wheels: World’s Best Driver, GIrls’ Fashion Shoot, Barbie Dreamhouse Party, Frozen Olaf’s Quest, and another demo for Sonic Lost World. The Wii is actually getting some love today too in the form of Deer Drive Legends (what?!).

As for what I’m getting, I still need to upgrade Zelda I and 2 on my Wii U, and I think I may do that later. Also, River City Ransom on 3DS!