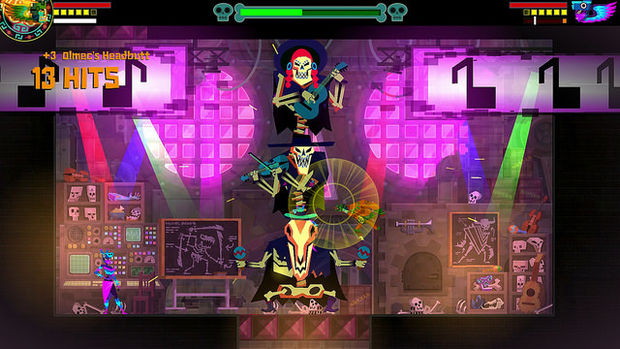 The headliner this week on Wii U is easily Guacamelee! Super Turbo Championship Edition, which is a fantastic Metroidvania that any Nintendo fan will love. Check out my full write-up here as well as the original review for all the info. You can also pick up Armillo, Bombing Bastards, Internal Invasion, Poker Dice Solitaire Future, Mario Tennis: Power Tour, and ZaciSa’s Last Stand. There’s even a WiiWare game in the form of Karoake Joysound.

On the 3DS side we have a Tomodachi Life demo, Squid’s Odyssey, Bike Rider DX2: Galaxy, City Mysteries, Glory of Generals, and Mysterious Stars: A Fairy Tale.

As for what I’m getting, I’m on my second playthrough of Guacamelee! Super Turbo Championship Edition, and I’m intermittently playing Armillo.