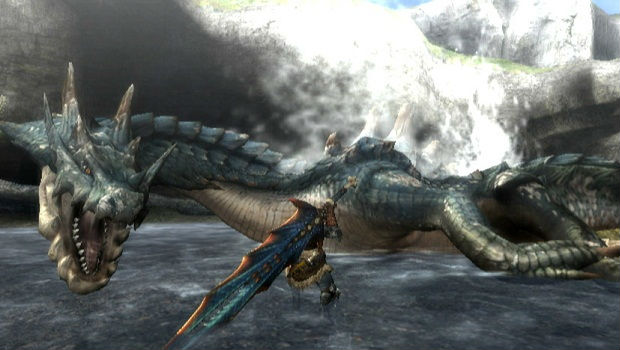 The Wii U will be getting something today, in the form of F-Zero for 30 cents (Wii U Virtual Console), and Monster Hunter 3 Ultimate and Trine 2: Director’s Cut demos.

Likewise, the 3DS will also be getting a Monster Hunter demo, in addition to Picdun 2: Witch’s Curse, Viking Invasion 2 – Tower Defense, Yoshi (3DS Virtual Console), and a demo for Sonic & All Stars Racing Transformed.

When Etrian Odyssey IV actually comes out on the 26th, you can download that too. For now, you can try out the demo and carry your progress over to the full game!

As for what I’m getting, probably just demos today, outside of the must grab super cheap F-Zero. It’s a quite week indeed — a calm before the storm of Monster Hunter‘s full release.