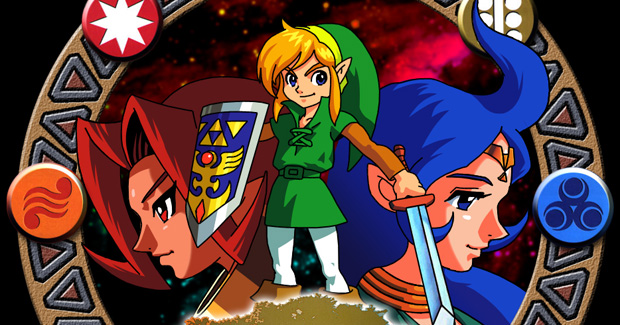 Oracle of Seasons and Ages have arrived

Big doings across the pond this week, as the The Legend of Zelda: Oracle of Seasons / Ages arrive on the 3DS Virtual Console. These Capcom-developed Game Boy Color adventures are two standalone parts of an overarching tale. Nintendo has made it easier to enjoy the complete experience by temporarily pricing each game at €4.99 — it’ll climb up to the normal price of €5.99 after June 20.

On Wii U, the balls-hard Ghosts ‘n Goblins (€4.99) hits the Virtual Console, but if you already own Super Ghouls ‘n Ghosts, you’ll be able to snag it for €2.49 through June 6. Toki Tori 2 is also getting discounted to €11.24 through June 6, while Chasing Aurora is permanently dropping to €6.49. And finally, the Wii gets some love with The King of Fighters ’98 for 900 points.