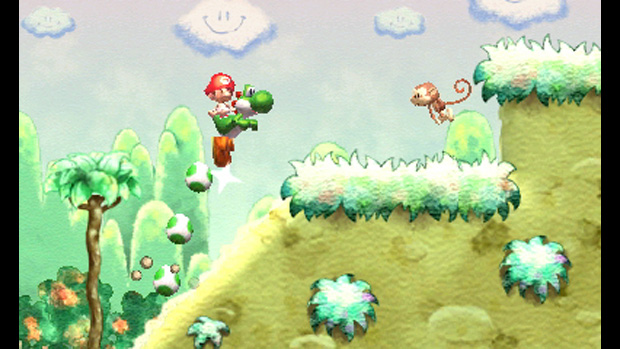 Eggs on my face!

From the footage and screens, this new Yoshi’s Island sequel will use all the same abilities as in past installments, like the flutter jump, egg throw, and ground pound. There will also be new 3DS features, though those will be announced soon.

I’m not entirely crazy about the graphical style, which opts for a rendered look versus the original’s thick-outlined storybook design. That won’t stop me, however! Merely a minor shortcoming.

A release date and proper title will be announced at a later date.